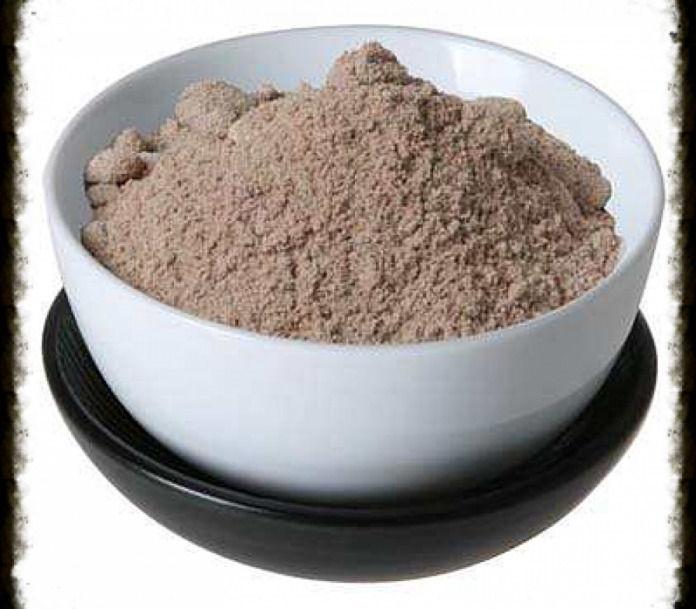 Black salt is also known as kala namak or sanchal, is the type of Indian volcanic rock salt commonly used in the India, Pakistan & other Asian countries. The black salt is actually pinkish-grey due to the presence of iron & other minerals. Indian black salt has a very characteristic sulphurous taste, frequently compared to hard-boiled egg yolks. Health benefits of Black Salt are abundant according to the ayurvedic medicine, but the claims are largely subjective as no scientific research has been conducted on black salt to date. Consult the naturopath or ayurvedic practitioner about the potential health benefits of black salt.

Indian black salt is considered as the cooling spice in ayurvedic medicine & is recommended for many health problems such as bloating, flatulence, goiter, constipation, indigestion, heartburn, poor eyesight and hysteria, according to the book “Herbs that Heal”. In India, black salt is sometimes recommended to the people on low-salt diets due to the hypertension because it is believed to be lower in the sodium content compared to the regular table salt. Of course, the composition of black salt differs quite a bit & depends mainly on whether it is manufactured using traditional or modern methods. Unnaturally made black salt has the sodium content very near to normal table salt. Discuss the salt options with the doctor if you have the high blood pressure.

Black salt is considered a cooling spice in ayurvedic medicine and is used as a laxative and digestive aid. It is also believed to relieve intestinal Gas and heartburn. It is sometimes used by people with high blood pressure or on low-salt diets because it is thought to be lower in sodium and purportedly does not increase sodium content in the blood Harad seeds are considered aphrodisiac in ayurvedic medicine and helps lowering blood pressure and Inflammation. The reason for this effect can be attributed to sulfurous compounds in Harad which ultimately become part of black salt during manufacturing Process

Indian black salt is used extensively on Indian food, including chutneys, yogurts, pickles, salads and all kinds of fruits. It’s often appreciated by strict vegans because it mimics the taste of eggs in tofu and other vegetarian dishes. During the hot Indian summer months, it’s also sometimes used to flavor cool drinks, which is a practical way to replace sodium lost through excessive perspiration. 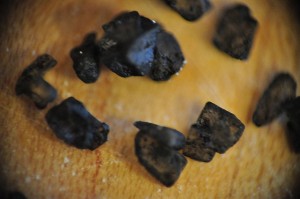 If you are one of many who suffer from a receding hairline, you are almost certainly aggravated by all the supplements & tonics that never seem to work. So try something more natural this time. The necessary minerals in black salt will enhance the hair’s natural growth, make stronger it & treat its split ends. If you have dandruff or acute hair loss, I recommend taking black salt with tomato juice at least once a day. Not only might it encourage hair growth, but will also make the hair thicken, with more sheen & luster.