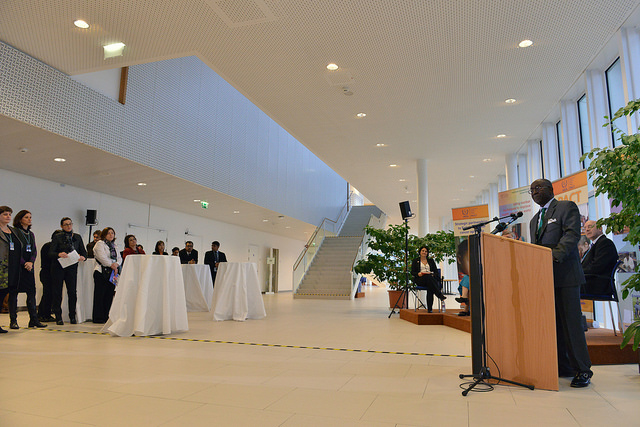 Like smoking, eating meat also boosts the risk of heart disease and cancer, says ‘People for the Ethical Treatment of Animals’ (PETA). As part of its movement to create the public awareness, the organisation upright billboard here showing baby smoking a cigar. Its caption reads “You would not let the child smoke’ and goes on to add ‘Like smoking, eating a meat increases the risk of heart disease and cancer. Go vegan”. special of World Cancer Day 2015

This billboard, which has been stiffed in upmarket Banjara Hills, was earlier rejected in Bangalore after billboard companies found it controversial. ‘Lifestyle related cancer is reportedly on rise in Hyderabad, so the city was natural fit for PETA’s new life saving movement, which urges people to throw out meat and dairy products just in time for World Cancer Day on Feb 4,’ PETA said in a statement.

‘We all know how important it is to set good example for our kids, and that means choosing habits such as eating vegan meals that will steer them towards the healthier life,’ said PETA India nutritionist Bhuvaneshwari Gupta.