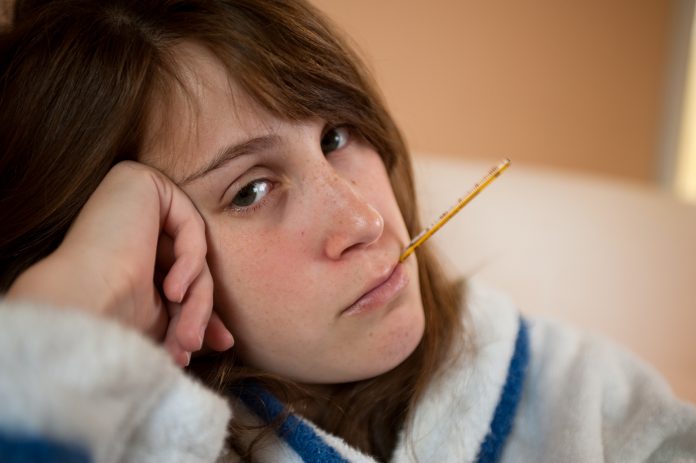 In today’s modern day world, health is a major asset. Good health will always help in achieving success and perform better every day. Typhoid Fever – All that you need to know.

The Inappropriate lifestyle that contributes to pollution has contaminated the world around us and in turn affected our immunity levels too. This condition gives the harmful bacteria and viruses an opportunity to attack the human body. Under severe conditions, the body fails to cope up with the infection and falls victim to it.

Fever is a common sign of the body fighting an infection inside. Fever is characterized by body aches, headache and high body temperature. There is a massive destruction of proteins in the body that leaves you sick and fatigued. Some kinds of fever may be caused by bacteria and some by viruses. The severity of either of them depends on the type of organism that has been the culprit.

Among the big list, enteric fever or typhoid fever is very common and is a frequent visitor. The fever is caused due to an infection caused by bacteria.

Typhoid Fever – All that you need to know!

What is enteric fever or typhoid fever?

Well, enteric fever or typhoid fever is a severe condition caused to the body by the salmonella species. Salmonella is a group of bacteria; salmonella paratyphi among them is the sole responsible for the above-mentioned conditions. The concentration of the bacteria increases during the monsoon, due to the contamination of the ground water with the sewage and rainwater. The bacteria also get transferred through contaminated foods. Humans themselves are the primary hosts and carry the contamination all along. Those are acute with the disease become potential hosts for the spread of the bacteria. The surrounding environment gets contaminated through water, waste and stool. The carriers themselves might not show any signs of the disease and thus become permanent carriers. The bacterium is tough and can survive without a host for weeks together.

How is it confirmed? Diagnosis

Signs and symptoms could be deceptive and overlapping with other common fevers. However, an interesting fact is that the bacterium upon ingestion is directly absorbed by the intestine. This gets recognized by the white blood cells and the bacterium is carried over to the liver, spleen and the gall bladder for destruction. While only a few get destroyed, others get reabsorbed into the blood stream. And the dismay continues as it multiplies to a huge extent. At this point of time, the body develops a high fever and the bacteria would have infected other organs like the gall bladder and the lymphatic system. The diagnosis of the same can be done by testing the stool or blood samples.

What are the Major symptoms?

With an incubation period of 1-2 weeks, the bacteria cause infection that can last up to 3-4 weeks. The major symptoms of enteric fever are:

The fever is constant and doesn’t reside until treated. Many people develop chest congestion and lower abdominal pain.

How is enteric fever treated?

Typhoid fever or enteric fever responds well to antibiotics and often die down upon administering the right dosage of the same. The choice of antibiotics depends on the geographical location of the fever. There are several vaccines available that can treat enteric fever completely and effectively. Repeated vaccination is required under severe conditions.

How can it be prevented?

Proper sanitation and hygiene will ensure 90% prevention of the disease. The infected humans carry the bacteria all along to contaminate the surroundings. Proper hygiene will ensure there are no chances of contamination. The peak season for enteric fever occurrence is rainy season. Hence, extra care must be taken during this time. Due to rains the water gets contaminated thereby increasing chances of infection.

Enteric fever or typhoid fever if contacted is painful and treatment time is longer than usual. Best way is to keep it at a bay and enjoy a healthy and fit life.