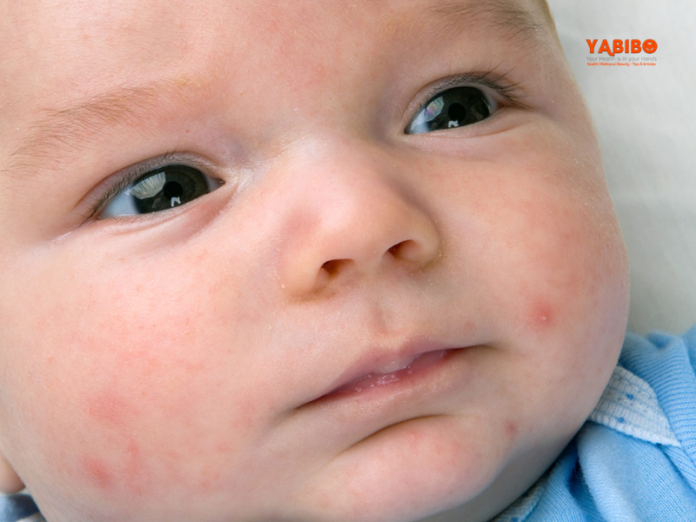 Parents are concerned about toddler whitehead pimples on the face. They need to seek medical advice a to how to deal with toddler acne on the face. Proper diagnosis and treatment are required.

Acne happens to be a skin problem affecting the adolescent population; however, it can also occur at any age, including infancy. When acne does occur in toddlers (between ages one to about three years), it is often referred to as toddler acne, infantile acne, or even mid-childhood acne. Toddler whitehead pimples on the face do appear.

There are about four subgroups of pediatric acne: neonatal acne (babies who are below six weeks of age), infantile acne ( affecting those between ages six weeks to one year), mid-childhood acne (occurring between ages one to about seven years), and preadolescent acne (between the ages seven to 12 years).

Toddler acne is no doubt an uncommon condition and also affects around or less than two percent of children. Also, it is highly prevalent in male babies as compared to female babies. Toddler acne on the face needs to be taken care of.

It happens to be an inflammatory skin condition that does cause different sorts of pimples such as bumps on the skin, especially on the cheeks. It does occur mainly when the sebaceous glands or oil-producing glands at the base of the hair follicles get blocked, thus giving rise to infection, red bumps as well as pimples on one’s skin surface. The sebaceous glands, in general, do help keep the skin moisturized and when they do get blocked on account of certain factors, the accumulation of oils affecting the hair follicles does cause toddler acne. 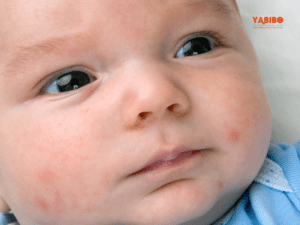 Causes of excess production or blockage of sebaceous glands :

Studies show that in some toddlers, due to genetic anomalies, the production of hormones such as androgens gets higher compared to normal levels, thus leading to either excess production of sebum or blockage of the pores, thus resulting in toddler acne. The condition is of course temporary and does go away within weeks or months.

Infections : Some infection types such as molluscum contagiosum can affect the skin as well as cause raised bumps similar to acne. The condition can also be contagious and may indeed spread due to skin-to-skin contact.

Some of the symptoms of toddler acne cab are small red bumps or papules on one’s skin, solid bumps raised bumps or papules painful and hard bumps, blackhead or dark-colored clogged pores. Others are whitehead or skin-colored pores. Also scarring on the skin, lesions on the cheeks, chest, and back are other symptoms.

Experts feel diagnosing toddler acne is challenging due to differential diagnosis. This is so due to the presence of inflamed bumps. If the cause is hyperandrogenism, it can be identified by certain physical symptoms such as enlargement of breast or testicles as well as the abnormal presence of pubic hairs, and tests suggesting increased production of testosterone or other reproductive hormones.

Some of the treatment modes for toddler acne can include:

Topical creams: Certain creams consist of azelaic acid, antibiotics as well as benzoyl peroxide which can help relieve the symptoms in toddlers.

Oral antibiotics: Certain oral antibiotics such as erythromycin as well as trimethoprim as well as oral isotretinoin can help reduce symptoms of acne in toddlers. These are mainly made use of to treat severe acne that does involve cysts and deep pus-filled bumps.

Also Read, How to get rid of forehead acne?

Toddler acne is not a life-threatening condition but medical experts need to be sought for proper diagnosis of the condition and its treatment. Toddler whitehead pimples on the face, for example, cannot be ignored.