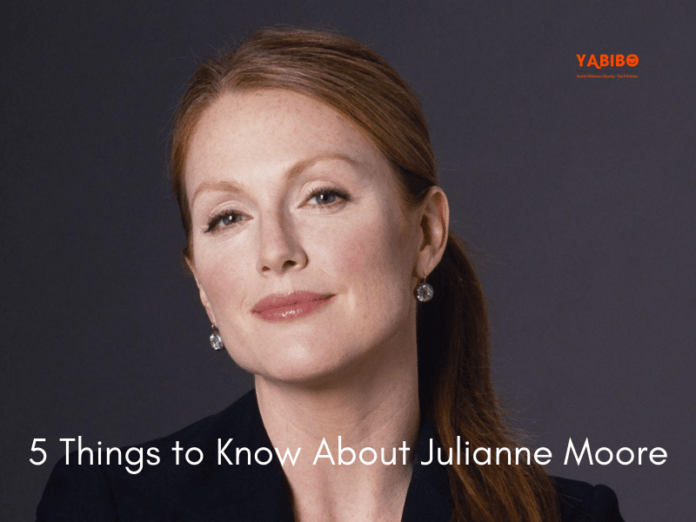 Julianne Moore Oscar has a splendid career and this means Julianne Moore’s net worth is in high figures. She has been successful and proved herself well.

Moore received numerous accolades, which include an Academy Award, a British Academy Film Award, two Screen Actors Guild Awards, along with two Golden Globe Awards, and two Emmy Awards, one for Primetime and another for Daytime. In 2015, Time magazine brought her into much limelight as one of the 100 most influential people in the world.

Julianne Moore’s net worth would be a good figure.

1. Her portrayal in “A Single Man” was inspired by Tom Ford’s grandmother.

“He had a very glamorous grandmother,” Moore said of Ford. “She lived in Santa Fe. When I went for my first costume fitting, he was very specific about the dress. He pulled out quite a few options, but when he whipped out this one dress, and I put it on, he was like, “That’s the dress.” And the dress happened to come from a vintage store in Santa Fe, where his grandmother lived. He became very emotional and said he could not believe the dress that Moore was going to wear was from there. 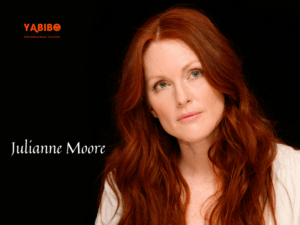 2. She does admit to several failed projects, but does stand firmly behind Fernando Meirelles’ “Blindness.”

“‘Blindness’ happens to be a movie that people just hammered to death,” Moore said quite passionately. “I feel like, it came out in the United States the day after the Lehman Brothers collapse. No one wanted to see a movie about the end of the world. And at Cannes, they had the screening for the journalists at 8 a.m. on the day they arrived. And everyone wanted to see ‘Kung Fu Panda. This movie is challenging. It’s a very impressionistic take. Fernando Meirelles wanted to give the audience the sensation of being blind. There are some beautiful things he did with it. So, yes, I stand by that movie.”

3. Todd Haynes avoided looking at her pregnant belly while they shot “Far From Heaven.”

“I had to tell Todd I was pregnant just before we started shooting,” she said. “He was great about it, but the one thing he would do as I got bigger and bigger was that he’d never look down. I’d show up on the set and he’d be like [she looks up and imitates his rather droll voice], ‘hi, how are you!? You look great… You look wonderful today.’ He wouldn’t ever look down.”

4. Haynes and Moore did not speak to each other much.

“At my audition for ‘Safe,’ I was like ‘okay, I’m going to read the first scene,” Moore explained. “And he was like [in another Todd Haynes voice imitation] ‘okay.’ And I finished it, and he went ‘okay.’ And then I said I was doing the second scene and he said ‘okay.’ And I said ‘okay.’ So I read it and he said ‘okay… bye.’ And that’s what we continue to do. Even on ‘Far From Heaven,’ we had a read through early on and I said to him, ‘okay, listen, I feel like I can hear something in my head and I want to make sure I’m on the right track, so before we talk about anything, let’s just see if it’s alright.’ So I did it and he was like ‘yeah, that’s right.’ That was it. So, yeah, we don’t talk a whole lot.”

5. She does not believe in a downside being to awards attention.

“Noooo,” she screamed when moderator Briony Hanson did ask if getting awards attention had a downside. “Are you kidding? It helps you get another job! Bring it on! You’re like, ‘thank you.’ It’s great.”