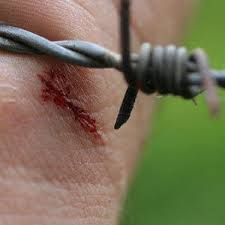 Tetanus or lockjaw is a bacterial infection caused by Clostridium tetani. Tetanus infection causes severe muscles spasms, initially muscles spasms are seen near jaw and they are seen the rest of the body later. Muscle spasms are very severe and can affect other biological process. Occasionally the infected person feels difficulty in breathing due to muscle contraction in such cases patients relay on ventilators and if left unnoticed may lead to death. Read Tetanus often called as lock jaw

Tetanus causing bacteria resides in soil, dust etc, it enters into a person through cuts on the skin by accidental bruising by nails or any sharp objects, animal bites or burns etc.

Up on entry into the body tetanus bacteria multiply in number producing a toxin which is the cause of the symptoms. It affects nervous system. Toxin acts on the nerve signal preventing the signal transfer to contracted muscle to relax which causes muscles to expand and cause muscle spasms. If not vaccinated or left untreated it can be fatal, approximately 10% of the infected people die.

Tetanus is not contagious from one person to other. Tetanus infection is seen mostly in children in developing and under developed countries due to lack of hygiene. Children are most affected and their death rate is high.

Symptoms in tetanus infection are caused due to the toxin produced by the bacteria. Symptoms appear immediately after infection. It may range between 48hrs to 3 weeks or even longer.

Vaccination can be done against tetanus infection which includes 3 dosages in the span of 1year. If vaccination is not done, when there is any cut it is advised to take a Tetanus injection within 24hr. For every 10year vaccination should be taken in order to prevent any future infections 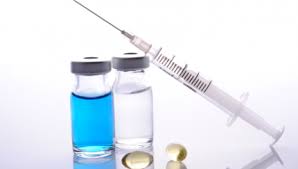