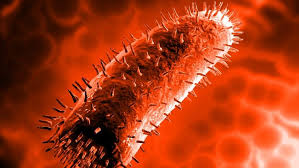 Rabies is a deadly viral infection which spreads by animal bites which are infected with the rabies virus. It resides in the saliva f the infected animal, it infects by animal bites or bruises or cuts on the skin of an uninfected individual. It is a zoonotic disease. This virus when entered a human body it travels through peripheral nerves towards the central nervous tissue(brain) causing an acute inflammation. Rabies is prevented in most countries by giving vaccination to dogs, but it still prevails in countries like Asia and Africa. One should be taken care of any animal bites, if not the infection leads to death. Most rabies cases end up in death due to lack of early detection of symptom and treatment. In this article you will come to know about Symptoms of Rabies

Rabies is caused by virus named lyssavirus. This virus dwells in warm blooded animals like humans, dogs and bats. Other animals which less commonly transmit the disease are fox, rodents and skunks.

The infection is only identified when symptoms appear.

Clean the wound well with soap and water, and seek professional medical help. You’ll need a doctor to thoroughly clean the wound and remove any foreign objects. Most of the time, stitches should not be used for animal bite wounds.

If there is any risk of rabies, you will be given a series of a preventive vaccine. This is generally given in 5 doses over 28 days.

Most patients also receive a treatment called human rabies immunoglobulin (HRIG). This is given the day the bite occurred.

There is no known effective treatment for people with symptoms of a rabies infection.

It’s possible to prevent rabies if immunization is given soon after the bite.

Once the symptoms appear, the person rarely survives the disease, even with treatment. Death from respiratory failure usually occurs within 7 days after symptoms start.

Untreated, rabies can lead to coma and death.

In rare cases, some people may have an allergic reaction to the rabies vaccine.

Prevention for Rabies from animal bites

The above are the details about Rabies from animal bites. More on Wikipedia