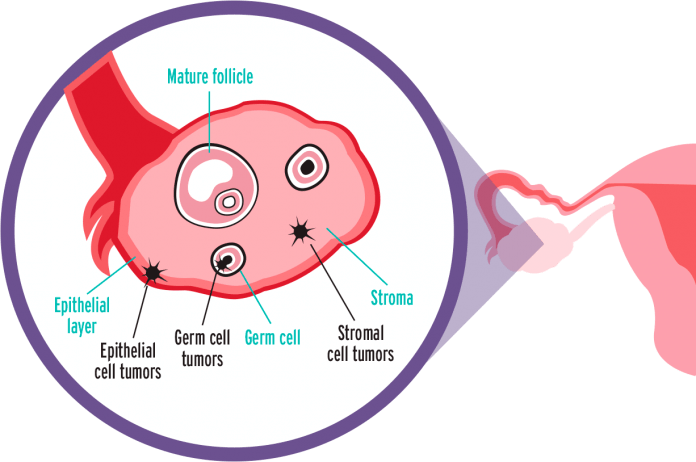 In a person who is healthy, cells in the body do get divided a certain number of times, and then also stop. When cancer does strike the cell division does go haywire. The cells never actually stop dividing and this result in a tumor. On certain occasions, the abnormal cells get metastasized and break off from the original tumor and then travel onto other parts of the body—through one’s bloodstream or even the lymph system.

In our body system, any cell can become cancerous but ovarian cancer is the deadliest. The risk in developing ovarian cancer in a woman’s lifetime is about 1 in 75 and her lifetime chances of dying from this life-threatening ovarian cancer are 1 in 100, based upon the reports provided by the American Cancer Society. According to statistics more than 22,000 women will be diagnosed with ovarian cancer in 2016, and about 14,000 will die from it.

As the ovaries are located deeply within one’s body, just 20% of all the ovarian cancer cases are discovered in the early stages. It is essential for all the respective women to know the facts concerning this deadly disease. 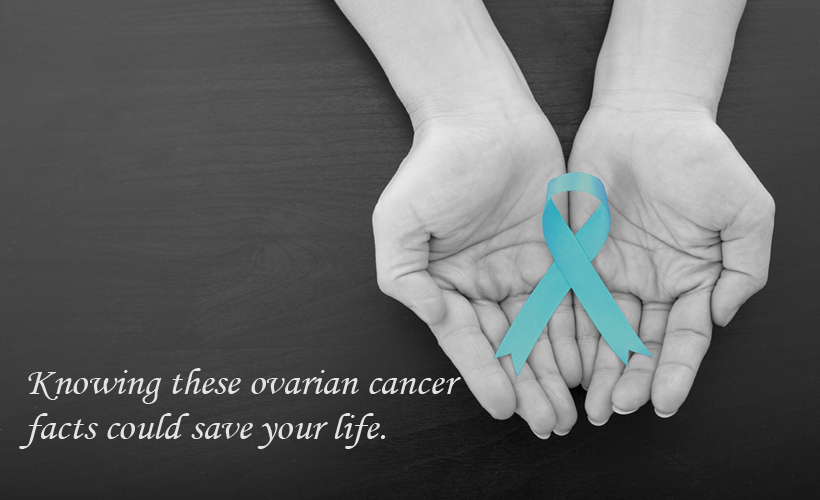 Here are few familiar risks that cause ovarian cancer:

 Women having a parent or sibling who has developed ovarian cancer are at an increased risk of developing the disease themselves.

 As one gets older, their risk also increases as the more menstrual cycles a woman has, the more likely she will develop ovarian cancer according to research. Ovarian cancer rates tend to be higher among women between the ages of 55 and 64.

 Apart from one’s age causing more periods, one can develop ovarian cancer after 50, once one’s menopause is over or a person who menstruates before 12 or perhaps giving birth for the first time after one is 30 years of age. Fertility issues even if one has been treated with drugs can cause ovarian cancer. Can Baking Soda Cure Cancer?

 If one is on the pill i.e. a contraceptive the risk is less in developing ovarian cancer as it prevents ovulation.

Ovarian cancer is often referred to as the “silent killer” as the symptoms in the early stage are rather vague and go unnoticed. By the time it is diagnosed it is serious. Top 10 Warning Signs Of Ovarian Cancer

Those early symptoms can be in the form of bloating, pelvic or abdominal pain, difficulty in eating or feeling rather full quickly, and urinary symptoms, according to information provided by the American Cancer Society. These symptoms can also be due to non-cancerous diseases, or even other types of cancer, which is why so many women do tend to ignore them.

No standard and reliable way to screen for ovarian cancer

For breast cancer, one gets mammograms done to screen if one was suffering from breast cancer. As far as ovarian cancer is concerned there are no screening procedures. Routine ultrasounds as well as CA125, a blood test may not be effective at catching ovarian cancer rather early. And can lead to unwanted surgeries or unwarranted complications.

You may like: Cancer Patient after Surgery Diet Chart