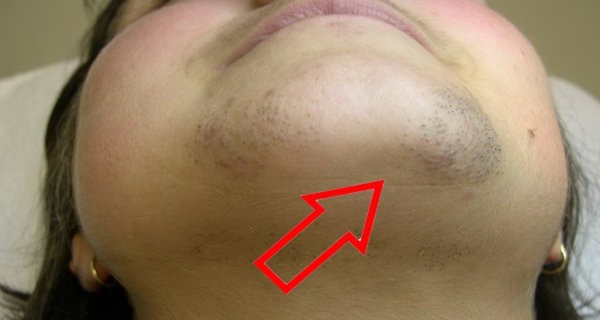 If you ask a woman the most distinctive feature that adds value to her face and her beauty, it must be her hair. Read more about Embarrassing Chin Hair No Woman Should Ever Ignore.

And why not! This is probably the only part of your face that you can customize to this extent – long or short, straight or curly, simple or colored – experimentation could be endless.

However, hair at other places may not be a very welcome proposition if you ask. But we really can not help something that nature has endowed us with, and on the other hand, we have several ways to eliminate it. But what can you do if hair growth is detected in places where you do not expect it to appear?

And such a place that can cause considerable embarrassment is the chin. This is truly a tricky area because you usually notice it only if you get tired and push your head back. It is said that most of us have hair growth on the chin at least once in our lives.

If you experience such an appearance of parasitic hair occasionally, you might consider it normal, but if it is more in frequency and in number, you might have a health condition called Hirsutism.

Hirsutism is not a threatening condition on its own. However, this indicates the underlying health problems that the body is suffering from. Therefore, it is a good idea to carry out the necessary checks.

Here are some reasons why you might find hair on your chin. 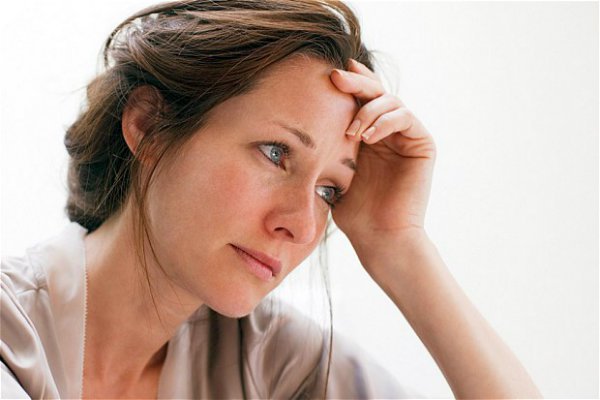 Your genetic makeup can influence your hair growth pattern. Hirsutism is said to be hereditary. If your maternal parents, such as grandmother, mother, aunts or sisters, have a chin at a certain age, you are also likely to get it at about the same time. It is also found more frequently in the regions of South Asia, the Mediterranean, and the Middle East.

The condition of hirsutism may also be associated with unusually higher levels of male hormones called androgens in the female body. Female bodies normally produce these male hormones, but usually, their levels are low and, therefore, nothing so abnormal. But if female bodies produce higher amounts of androgens, we can see effects such as chin, deeper voice, acne or smaller breasts in women.

As the stages of puberty and pregnancy, the stage of menopause also goes through many ups and downs. At this stage, the female bodies produce fewer estrogen hormones. If hair growth in the upper lip or on the chin is perceptible at this age, there are high chances of menopause imbalances.

Another hormonal imbalance rooted in women’s bodies is the polycystic ovarian syndrome. It causes irregularities in periods, weight gain, fertility problems due to cyst formation in the ovaries instead of healthy eggs, and of course hirsutism. If you are at the age of your breeding and find hair growth in the chin or chest areas, you could probably have you checked for PCOS.

If the body produces an excessive amount of stress cortisol hormone or is exposed to drugs containing similar hormones, considerable changes can be seen in the body. Such changes can manifest themselves through various organs and tissues, and together they are called Cushing’s syndrome. Hair growth in the chin is such a side effect. Other effects may include diabetes, weight gain, and stretch marks, weak muscles, poor growth in children, etc.

It is a condition that is related to birth. It is characterized by the deficiency of a vital enzyme that is needed for the sexual secretion of steroid hormones from the adrenal glands. Because of this, the body triggers the excess production of male hormones and can cause anomalies in the development of sexual characteristics (primary and secondary) in the people concerned. Its effects can be varied, such as access to or absence of pubic hair, irregular periods, abnormalities in the vaginal area and, of course, increased facial hair, including chin strap.

How to Reduce Chin Hair

There are many ways to remove chin guards. The easiest and fastest way is to use a plucker. You can also wax or lighten with bleach if the hair is not too long or coarse. Another option might be the use of epilators, but the long-term solution would be laser treatment. However, these are only superficial processing options. They do not deal with the deep-rooted hormonal problems you might face. In the case of such hormonal imbalances, you can try to make some changes in your lifestyle. Serious hormonal problems would require the intervention of a doctor.

So it is clear that the chin is not a cosmetic problem, but it is a health issue. If you already have a chin, you can use the shared information here and be alert to your symptoms to find a quick remedy.