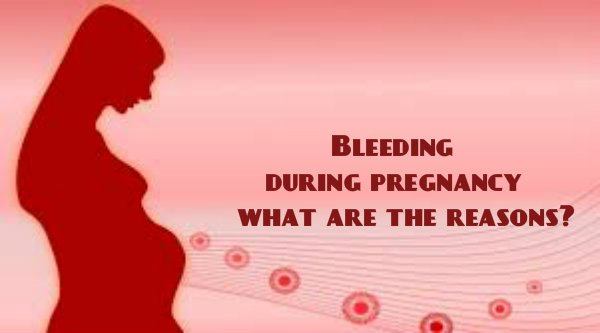 Causes Of Bleeding During Pregnancy

Bleeding is most common in the first trimester of pregnancy & 30 % of women experience & causes of bleeding during pregnancy.

During the pregnancy, bleeding can also occur due to implantation of the fertilised egg in uterus. This is called implantation bleeding & is very light in nature or it could be just a spotting.

You have to be cautious during pregnancy & check for pain & cramps as it could be also an ectopic pregnancy that is causing the bleeding. Ectopic pregnancy can be dangerous as it might cause damage to the fallopian tube.

Here are the most common reasons for 1st -trimester spotting or bleeding. You must visit the doctor to decide the reason.

There is the light bleeding or spotting when the fertilised egg gets entrenched in the uterus. It usually occurs about 8 – 12 days after conception.

During pregnancy, the blood flow to the cervix improves due to hormonal changes. This can cause a light spotting particularly after sex.

Some spotting or bleeding can also occur if you have some bacterial infections in cervix or the vagina during pregnancy. They should be treated instantly as they might increase the risk of miscarriage or pre-term birth.

In this case, a pregnant lady is bears twins & one of the twins is miscarried & the other is feasible. There might be light vaginal bleeding & low HCG levels as it should be in twin pregnancies.

In this condition, there is bleeding but the cervix is closed & there is no such evidence of a miscarriage. Threatened miscarriage can continue with the normal pregnancy but can also end in miscarriage.

Unhappily, the bleeding can be an obvious sign of miscarriage. Bleeding during the pregnancy can be a symptom of miscarriage but not all the time. Thus, you require to check with the doctor & take all essential precautions even if it is not a miscarriage.