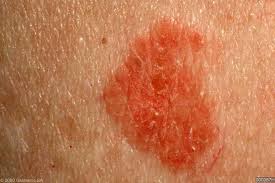 Bowmen’s disease is also called as squamous cell carcinoma. If left untreated the disease can invade in to deeper layers of the skin and can turn into skin cancer which can spread to other parts of the body which is lethal. Bowmen’s disease is more common in females than in males.

The exact cause of Bowmen’s disease is unknown. But it is observed in people who are under the following categories

Bowmen’s disease first sign is appearance of rash on sun exposed parts of the body like on face, arms and legs etc.

The rash is red and scaly in appearance. Size ranges from 1-3cms, it can be itchy and sore, and may bleed too.

Bowmen’s disease can b easily diagnosed by its appearance and in order to confirm skin biopsy is done. Local anesthesia is given to the patient and skin sample is collected and given for biopsy. 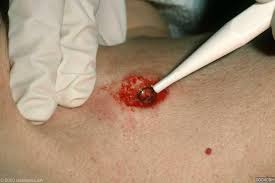