Benefits of walking during Pregnancy

Besides helping maintaining the physical fitness, walking during pregnancy has many imminent health benefits. Expecting mothers are advised to include walking in their daily schedule to maintain their overall wellness.

Pregnancy is the biggest gift any mother to be, could expect. During key pregnancy time, much of the efforts should be devoted towards having the best mental and physical fitness.

Doing some kind of harsh physical exercise might not be possible during pregnancy as this can result in development of unforeseen circumstances. However, by indulging in simple walking, any expecting mother can keep in the best of their health.

Also Read: – Food to eat during pregnancy for fair baby

Benefits of walking during Pregnancy

You can remain physically fit if you indulge in regular walking sessions. This applies to pregnancy days too as walking briskly is considered to be a fulfilling exercise routine.

The cardiovascular health of the expecting mother improves to a substantial level and the muscles to get toned at the same time.

Has a Positive Impact on health of Baby

Brisk walking during pregnancy keeps the weight of woman in check and baby’s weight too gets maintained owing to the expecting mother following a regular walking schedule. This has a direct bearing with the delivery being conducted naturally as the baby weights within acceptable limits during the time of delivery.

Since the body weight gets maintained at a constant level due to walking exercise during pregnancy, the chances of the expecting mother developing pregnancy, diabetes or gestational diabetes also get reduced to a larger extent.

Low chance of having Pre-Eclampsia

High blood pressure or pre-eclampsia is a common occurrence during pregnancy. If the expecting mother does regular walking, the weight gets maintained to a large extent and thereby the cholesterol is also reduced. This helps in maintenance of blood pressure levels during the pregnancy period.

It has been commonly seen that women remain under undue stress during the pregnancy period. Hormones could be one of the reasons for the development of this condition, but any pregnant lady does undergo mood swings during this phase. Happiness and depression can be seen simultaneously in most of the women expecting baby.

Doctors too recommend walking as an exercise to get over this phase of life. Walking regularly releases endorphins, a chemical which is generally considered to be a stress buster. Mood elevation, especially on days when the expecting mother is feeling low is a natural consequence of this hormone getting released and the same can be attributed to regular walking.

Flexibility levels of the body increases and hip muscles get toned up due to walking. This in turn helps the expecting mother deliver the child through normal pregnancy, else than going for some other remedial way.

Walking helps get relief from common problems like constipation too. If any expecting mother is suffering from the same, it’s advisable that they do include a walking trip in their daily schedule. The problem will get solved without taking any medication and the expecting mother will remain hale and hearty.

The above are Benefits of walking during Pregnancy. 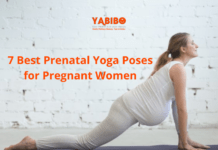 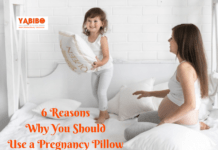 6 Reasons Why You Should Use a Pregnancy Pillow 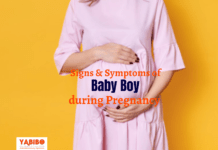