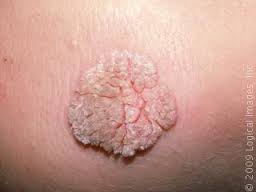 Warts are epidermal outgrowths on skin caused due to virus called as human papiloma virus (HPV). They are a type of benign tumors, which do not spread by their own as malignant tumors. They appear on skin like a hard, rough tissue and colour range may be dark to lighter like pale yellow, grey, reddish. Read about Wart- An epidermal benign tumor caused by virus

Warts do not cause any problems but due to their appearance they may be disturbing. Sometimes they cause itchiness.

They appear on every part of the body. They are commonly formed on face, hands and feet. Warts are also formed on scalp, elbows, genitals, sole and occasionally on mucous membranes too. If not treated and maintained properly they may be spread to other parts of the body.

Warts that appear on genitals may be very painful. They are usually caused due sexual intercourse. They cause pain during intercourse or in females while giving birth to the child.

Genital warts are usually treated  by surgical removal by laser or curetting.

are formed under the fingernail (subungual), around the fingernail or on the cuticle (periungual). They may be more difficult to treat than warts in other locations.

They appear as flat, they are uniform with the skin, but they are hard to touch and they appear on the face and hands. These are commonly removed by laser surgery.

They appear on the sole of the feet. They form a dent like shape on the soles. In extreme conditions they spread on the whole feet. Due to this they cause discomfort in walking. They are removed by surgery

They are like dry outgrowths on the skin. They are commonly seen on fingers, toes, nails and face.

Treatment of warts is easy. They can be treated by following steps

Certain chemicals like cantharidin, salicylic acid, trtinoin and glycolic acid are commonly used and very effective.  The chemical reacts with the wart amd forms a blister kind and then gradually it erodes. It will take around 5-10 days for the wart to be peeled off from the skin. After the peeling off there may be a wound formed which can be covered by band aid or left open for healing. Sometimes there may be a scar left.

Removal of warts by surgery involves laser surgery, electrosurgery, curettage and by cryotherapy 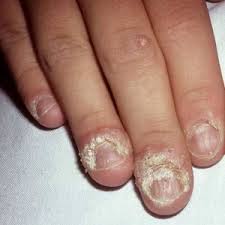 It is a technique which involves burning of the wart with an electric current. The electric current is passed through a sharp pointed needle end on to the wart, there by drying the wart and removing. It is a bit painful technique. Usually before performing this technique local anathesia is given for the patients to make the tissue around the wart numb. It is usually done to single or few warts. Its generally not preferred for a large area of warts.

It involves removing off the wart with a sharp knife or small, spoon-shaped tool. The dermatologist may remove the wart by scraping it off before or after electrosurgery.

Electrosurgery and curettage are sometimes used together to treat large warts.

If the warts are little big and very hard they can be used by removing laser treatment. It involve intense laser beams. This can be done in 3-5 settings. 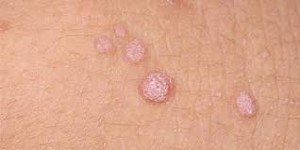 In this treatment warts are removed by treating with liquid nitrogen, it may be painful and leaves a scar. But it’s the most effective way of treatment of common warts.