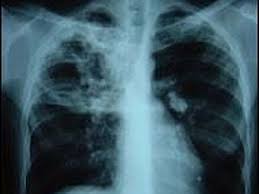 What is Tuberculosis (TB)-Lung disease

TB spreads through contaminated air, when an infected person coughs or sneezes it is spread.  It can be transmitted through respiratory fluids too. Even though a healthy person gets in contact with the tuberculosis bacterium he may not show symptoms since TB can be latent in the cell, this is called as latent tuberculosis. During latent period of tuberculosis the person cannot spread the disease to another person. It may not become active immediately
but later on it may become active. 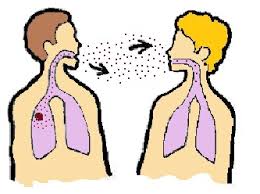 Treatment of active TB is difficult and requires administration of many antibiotics over long period of time until the infection is subsided. It will last up to 6 months or longer. combination of antibiotics containing rifampicin, isoniazid, pyrazinamide, and ethambutol for the first two months, and only rifampicin and isoniazid for the last four months are used, If antibiotics are discontinued or with irregular using infection prevails and it will further create problems by becoming multi drug resistant.  Due to this use of many different antibiotics the bacterium started to gain antibiotic resistant to wide range of commonly used drugs this resulted in evolving of multi drug resistant bacteria.

You may need to stay at home or be admitted to a hospital for 2 to 4 weeks to avoid spreading the disease to others until you are no longer contagious.

The above are the details of Tuberculosis (TB)-Lung disease