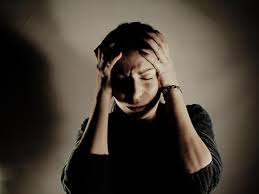 We presume headaches are normal and take it very casually, but sometimes those normal casual headaches may lead to much serious problems like migraine. Migraine: pulsating headache headaches are becoming quite common these days. There are many number of people facing these problems. It occurs in children and adults, women are more prone to migraine than men. At first doctors and researchers thought that migraines are due to dilation and constriction of blood vessels in the head, later on after lot of research they are believing it to be a genetic cause which causes the neurological abnormalities in the brain that causes the migraine. Still a lot is to be researched for the complete pathophysiology of migraine in order to treat it.

There are many hypothesis for the cause of migraine headaches. Even improper diet causes migraine. Lot of stress and pressure at work and home is also believed one of the main reason for increasing migraines cases.

Migraine headaches show four different stages, it varies from individual to individual the degree of the headache and all the four stages may not be seen in an individual

There are many symptoms associated with migraine, since they are very peculiar and vary individual to individual. These are the observed signs and symptoms of migraine patients

Paracetamol or aspirin works well for many migraine attacks. Take a dose as early as possible after symptoms begin. If you take painkillers early enough, they often reduce the severity of the headache, or stop it completely. A lot of people do not take a painkiller until a headache becomes really bad. This is often too late for the painkiller to work well.

Anti-inflammatory painkillers probably work better than paracetamol. They include ibuprofen and aspirin.