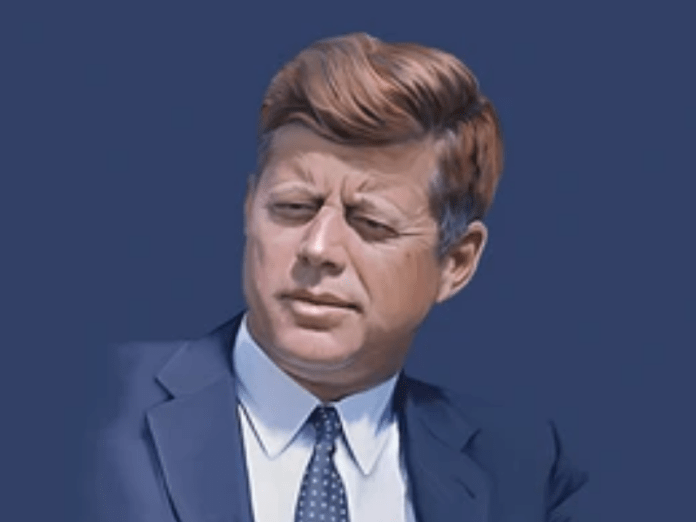 John F. Kennedy, also known as JFK, was born on May 29, 1917, to a wealthy, politically connected family. He was the first U.S. president to be born in the 20th century. He was assassinated on November 22, 1963. It is interesting to know more about John F Kennedy’s facts.

One of nine children, JFK had several siblings who were also involved in politics. He appointed his 35-year-old brother, Robert Francis Kennedy, as attorney general of the United States who tied to be president in 1968 but during the campaign, was assassinated by Sirhan Sirhan. Another brother, Edward “Ted” Kennedy was a Massachusetts Senator from 1962 until he died in 2009. John F. Kennedy’s sister, Eunice Kennedy Shriver, set up the Special Olympics.

Kennedy faced a variety of physical ailments throughout his life.

Jacqueline “Jackie” Lee Bouvier, John F. Kennedy’s wife, was also born into wealth as the daughter of John Bouvier III and Janet Lee. Jackie attended Vassar and George Washington University before graduating with a degree in French literature. After graduation, she worked as a photographer for the “Washington Times-Herald” before her marriage to John F. Kennedy.

After he graduated from Harvard University in 1940, Kennedy joined the Navy during World War II. He was given the post of command of a patrol torpedo boat called the PT-109 in the South Pacific.

JFK began his first term in public office, a seat in the U.S. House of Representatives in 1947 at the age of 29 years old. He served three terms in the House and was then elected to the U.S. Senate in 1952. 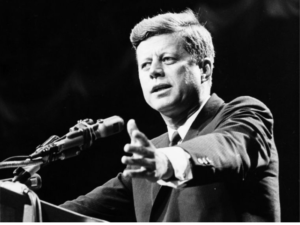 When John F. Kennedy did make Catholicism an issue of his presidential campaign of 1960. He openly held discussions regarding his religion.

In terms of civil rights, John F. Kennedy did make use of executive orders and personal appeals to aid the civil rights movement.

In 1959, Fidel Castro used military force to overthrow Fulgencio Batista and then ruled Cuba. Castro had close ties to the Soviet Union. John F. Kennedy approved a small group of Cuban exiles to go to Cuba to lead a revolt in what was called the Bay of Pigs Invasion. However, their capture harmed the reputation of the United States.

On November 22, 1963, Kennedy was assassinated while traveling in a motorcade via Dealey Plaza in downtown Dallas, Texas by Lee Harvey Oswald.