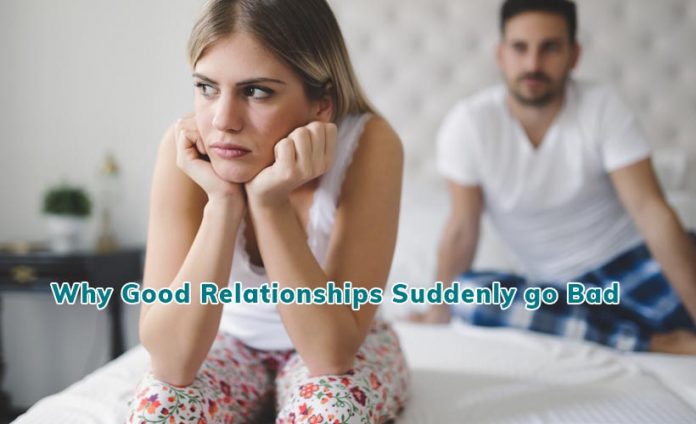 Positive relationships are difficult to maintain. Couples often fight and are at loggerheads with each other. Disharmony in a relationship can mar the closeness.

The question that arises in one’s mind is how good relationships turn into bad relationships that are seemingly out of nowhere. Whether that happens to be with fights that occur endlessly or one partner suddenly does betray the other partner – this sort of behavior can indeed make a person feel very angry. It may have been a healthy and mutually rewarding relationship at one time yet it turns sour sometimes. It is often that good relationship suddenly go bad.

It so often happens that a person may feel that he or she married someone who loved and now hates for some reason. Often a person may not be able to understand the partner anymore. 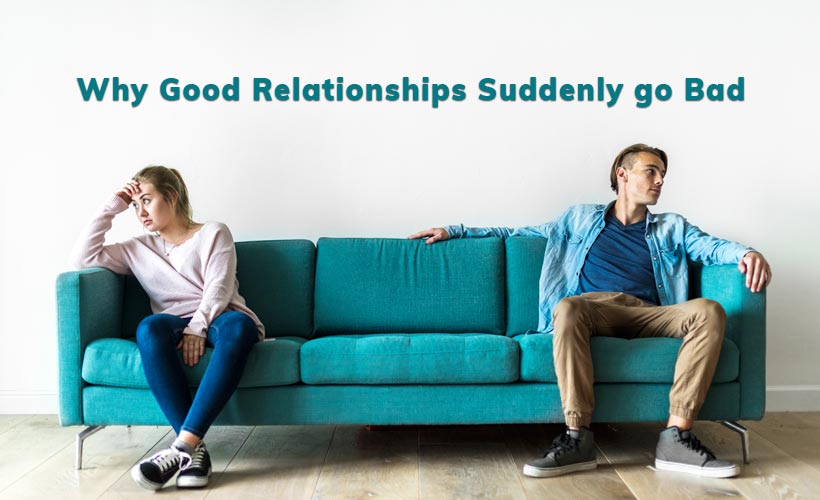 On the surface, what most couples fight about it is money and sex. Conflicts do arise and power and dominance prevail in a relationship. Each one of the partners tries to control or rather gain an upper hand on the other person. This leads to friction and a bad relationship.

Intimacy and autonomy are both essential to maintain as well as balance a relationship. How is something that both people agree to – or struggle to figure out, as they go along? Each partner views the relationship from his or her perspective. There may not be a common ground or true communication between them. This is why good relationships suddenly go bad.

Misunderstandings may be there and it may not be possible to perceive as the problem on hand correctly.

The idea of partnerships is to have a mutual as well as invisible agreement and also to meet each other’s needs and also fill each other’s voids. Imbalances are there in a relationship and often it involves one-sided giving.

Usually, a conflict arises in a relationship when one of the partners has changed his or her approach in an unspoken agreement. Quarrels begin when a person begins to cross over into the other partner’s department or an act of betrayal is there. Quarrels mean good relationships suddenly go bad.
Imbalance in emotions also causes much friction and misunderstandings. The broken person often feels more broken. The caregiver does feel increasingly more resentful and neglected in their needs.
Conflicts also arise when one partner does begin to grow out of their role. One of the partners may demand more importance and respect in the relationship.
Sending money also affects a relationship as often a partner accuses the other of spending more than required.

Depending on how vulnerable each partner does feel and how much they blame themselves, sometimes the relationship conflict does create great distance in the place of battle

Where do the intimacy patterns come from?

The particular patterns of behavior in the relationship are formed based on how they were parented and how they interpreted the self and intimacy, and they are growing up. Marriage also involves a lot of giving and take and often the relationship takes a bad turn due to lack of adjustments or too much family interference.

Emotional reactions are also different and vary from individual to individual. This also leads to tension in the relationship.

Emotional problems, such as depression, alcoholism or repression does lead to disharmony in the relationship. 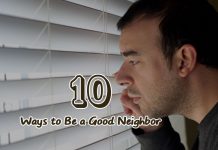 10 Ways to Be a Good Neighbor 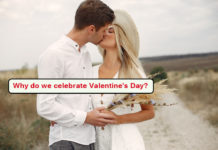 Why do we celebrate Valentine’s Day? 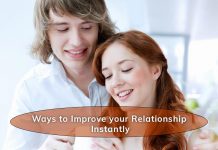