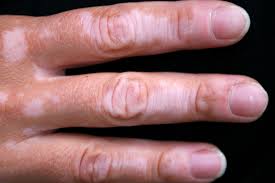 Vitiligo – A pigment disorder of skin

Vitiligo is a skin pigment disorder in which melanin pigment is absent therefore white patches develop on the skin. These white patches can be formed on any area of the body, or sometimes whole body is affected. It affects any individual at any age. Both the sexes are equally prone to vitiligo. Vitiligo may run in families, if an individual is suffering from vitiligo there are great chances that a person from the same family may have vitiligo. Once the melanin pigment is lost from the skin it is not naturally recovered.

The characteristic colour of the skin is due a pigment called as melanin. Melanin is produced by melanocyte. Vitiligo is caused due to lack of melanin pigments, this is due to destruction of these melanin producing cells melanocytes. The exact cause of the destruction of melanocytes is unknown. Researchers believe that vitiligo is the result of an autoimmune disorder. Still exact conclusions are not known, but scientists think this as the most possible reason behind vitiligo.

In vitiligo pigment loss is seen and white patches appear on the skin. Slowly the loss of pigment in seen on other area of the body and it appears as white patches due to the loss of the pigment. Pigment loss is commonly seen more on the skin that is exposed to sunlight, body folds (arm pits), around moles, around body openings (mouth). Vitiligo can be seen on hair and eyes too. 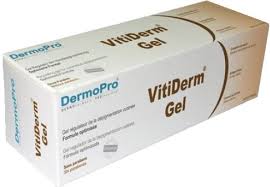 Diagnosis of vitiligo is simple and it just requires a physical examination. A Physician can easily diagnose vitiligo by observing the patches on the skin due to loss of pigment.

There are no preventive steps for vitiligo or cure. However there are methods that include cosmetology treatments like using some cosmetics, re-pigmentation using UV light therapy, skin grafting etc, which may improve the skin appearance which might have affected due to vitiligo.