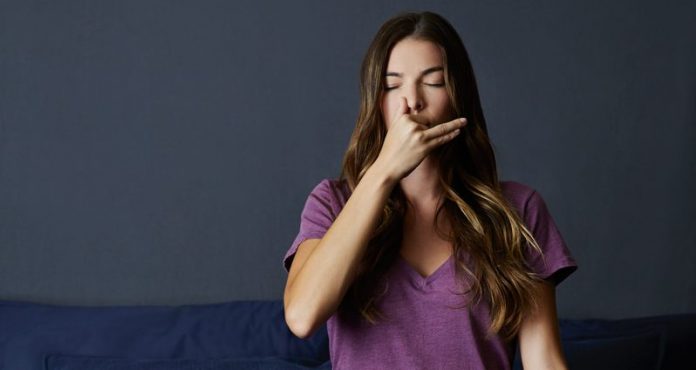 If living healthy is your motto, then you must definitely know about different types of Pranayama yoga. As you all know Breathing is life, In this article you will get to know how to hold a connection between your mind and breath. You might have come across a situation where you feel angry or hold your breath, the fluctuations in breathing during such time. Controlling your breathing will definitely have an impact in controlling your mind. In holy book of Hindu (Bhagavad Gita), Lord Krishna said to Arjuna that one should inculcate practicing Yoga in order to purify himself. In the Patanjali Yoga system, regulation of life force or Pranayama is the fourth step. In Yoga, Pranayama is used to cleanse and clear your mind and body. Below are the different types of Pranayama yoga which are helpful in curing diseases and releasing stress and strain from your body.

In Sanskrit, the word Bhastrika means leather bellow which was used to blow furnaces in older days where the air is drawn in and out forcibly.this type of pranayama will increase the movement of the diaphragm which in turn creates internal psychic, Pranic and physical heat.the combination of Ujjayi and Kapalbhati will make one Bhastrika.

Ujjayi Pranayama is a soothing technique which can be pertaining to sectioning breathing or holding yoga postures. This breathing type is helpful in increasing energy levels and lung capacity, which facilitates in attaining mental clarity and state of calmness. This technique of breathing is all about controlling the breath covering windpipe. By doing this, air will pass narrowly through air passage creating a sound while breathing during sleeping state.

Bhramri is also known by the name bee breath. Bhramri pranayama is helpful in strengthening and clearing the respiratory system which in turn improving the resonance of vocal. It has a calming result on your body which lifts your spirit levels and invigorates the mind. Throughout the process of this yoga, make sure you close your lips closed gently, inhale deeply and extend your exhalation as long as possible. To control the evenness in breathing during exhalation use your abdominal muscles. Repeating this breathing practice will increase your vocal resonance.

Sitkari and Sitali are the breathing techniques which has a cooling effect on the body when performed. It is useful especially in the summer months of the year. Your nervous system is also kept calm with this technique of breathing.the symptoms of asthma and nausea will be alleviated by performing Sitali. The whole breathing technique involves the movement of the lips, tongue, and chin. When the air moves over the surface of the tongue, it will feel the coolness during inhalation.

Anuloma meaning natural order and Viloma meaning going against the order is the breathing technique which helps to harmonize and balance the function of left and right hemispheres of the brain.it gives a calm and soothing effect to your mind.

Practice the above-mentioned types of pranayama yoga and keep yourself healthy.