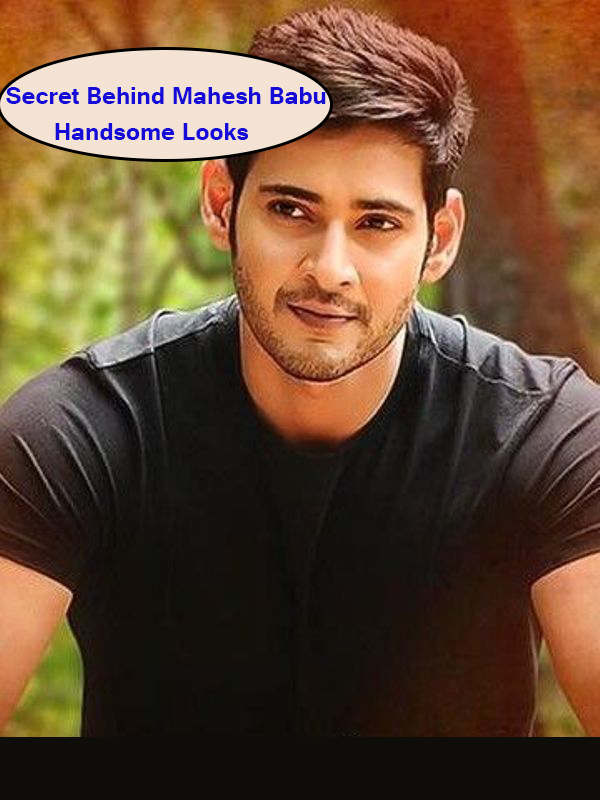 Mahesh Babu is known to have a happy personality and is popular for his handsome looks in the film industry all across the country. He takes care of himself and eats right and is positive.

Mahesh Babu is known for his handsome looks and is acknowledged as the most handsome hero in the country. What is the secret behind his good looks? He frankly admits “Being happy”. He does not lose his temper or gets frustrated about anything and smiles a lot. He spreads joy and happiness around him and makes people laugh with him. He is always in a positive state of mind. When one is happy and laughs a lot, it does show on his or her face according to handsome Mahesh Babu. By being happy one keeps one’s worries away.

Mahesh Babu as the biggest star of action cum romance in the Tollywood industry is known for his fitness and toned body. He has an enviable fan following and is known for his good looks. He has a magical presence and performances are indeed excellent. He has been working in the industry for a long time. He made his debut in Rajakumarrudu in 1999 and has also, in fact, worked as a child artist in Needa (1979) and eight other films. He is much appreciated for his work in films such as Athadu (2005), Pokiri (2006), Dookudu (2011) and Businessman (2012), which turned out to be big commercial hits at the box office.

Surprisingly, during his College days, handsome Mahesh Babu was an overweight and stout kid, as he has mentioned by him in an interview. So what is the secret behind this transformation of him as a most sought after Tollywood star? The personal trainers of Mahesh Babu – Kris Gethin and Kumar Mannva, have indeed talked much about the fitness and the diet routine of Mahesh Babu very openly in the media.

Diet Secrets of the Star

It is believed that Mahesh Babu does follow a balanced diet, which does include carbohydrates, proteins as well as fats that help him maintain a healthy as well as a fit body. Namrata Shirodhkar, actor and wife of Mahesh Babu, does take a lot of interest in his diet program. Mahesh Babu is rather very strict about his diet and never misses his meals even he has a lot of work commitments.

The exercise routine of Mahesh Babu involves tempo training, plyometric moves, and some functional activities as well. Mahesh Babu is no doubt very serious about his body and his health and never, in fact, misses his gym workouts.

Mahesh Babu is known to be a perfectionist and one of the best actors that the Tollywood industry has in this era of time. Apart from his fans and the media, his co-actors also, in fact, praise him for his hard work. Kajol Aggarwal, who worked with him in Brahmotsavam did admit that Mahesh Babu is very serious about his fitness and is definitely a fitness freak.

After his blockbuster in 2014 in One-Nenokaddine, Mahesh Babu did, in fact, lose out on his fitness routine but now he has been training with his trainer Satish Pariyada and is back again working hard to maintain his lean and muscular body for his future projects.

Mahesh Ghattamaneni aka Mahesh Babu is an Indian actor, producer, media personality, and philanthropist who is known for his works in Telugu cinema. He is the son of the famous Telugu actor, director, and producer Krishna Ghattamaneni. Mahesh is also known as Prince, Superstar, Universal Star, Naani, and Navataram Superstar.

Mahesh began his film career by playing a small role as a child artist in 1979’s ‘Needa’ film. At the age of four, he did appear in eight more films as a child artist. He, of course, debuted as a lead actor in 1999’s ‘Rajakumarudu’ film, co-starring Bollywood veteran actress Preity Zinta.

also read: Ram Pothineni: 10 Reasons why we love him