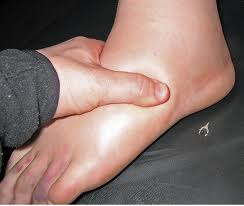 Edema is a condition in which the fluid accumulates and appears to be as a soft smooth bulge when touched forms a pit or dent on the body. The fluid is accumulated in the interstitium which is located beneath the skin layers and in the body cavities. The fluid accumulation is formed due to the leakage from small blood vessels. Accumulation of fluid in tissues

Edema is generally caused due to injury or inflammation or any infections, sometimes it may be also due to some medications, disorders etc. It is even observed in pregnant women. The swelling is restricted to some areas or whole body in some instances.

Edema is caused due to many reasons; the following are few and frequent reasons which cause edema

The cause of edema can be determined by blood tests, urine tests, x-rays etc.