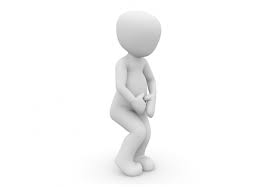 Diabetes insipidus is a hormonal metabolic disorder in which the affected individual cannot regulate the water balance inside the body due to this other salt level are imbalanced which further leads to other disorders.

Diabetes insipidus is not to be confused with diabetes mellitus (both type 1 and 2), these both are completely different, even though they have one common symptoms which is Polyuria. So it’s necessary to get diagnosed and consulted by a doctor before coming to a conclusion.

Based upon the cause diabetes insipidus is of 2 types

Urine and blood analysis for electrolytes

Fluid deprivation test helps in distinguishing between neurogenic and nephrogenic

Central and gestational diabetes insipidus respond to desmopressin which is given as intranasal or oral tablets.

Carbamazepine, an anticonvulsive medication, has also had some success in this type of Diabetes insipidus.

Desmopressin will be ineffective in nephrogenic diabetes insipidus and is treated by reversing the underlying cause (if possible) and replacing the free water deficit.

The diuretic hydrochlorothiazide (a thiazide diuretic) or indomethacin can be used to create mild hypovolemia which encourages salt and water uptake in proximal tubule and thus improve nephrogenic diabetes insipidus.

Thiazide diuretics, amiloride has recently been shown to be a successful treatment for this condition.