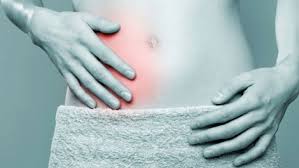 Appendicitis is the inflammation of appendix. It causes a severe pain in the abdomen. Appendix doesn’t have known function in humans, therefore it is believed to be one of the vestigial organ of human beings. There are still speculations about the function of appendix, some say it is used to house useful bacteria etc. Appendix is situated in the junction of small intestine and large intestine. The size is around 4 inches long. The position of the appendix is towards right side of the abdomen

Appendicitis is caused due to a vestigial organ

The cause of appendicitis is still unclear. Doctors and scientist believe that the cause of inflammation and pain of appendix is obstruction in the appendix. The obstruction may be complete or incomplete. Complete obstruction causes severe pain and appendectomy is done immediately.

Obstruction of appendix is often caused due to fecal matter accumulation. Other obstructions include worms, tumors, and enlarged lymphoid follicles.

Due to this obstruction there is a good chance of bacterial growth that causes infection and therefore pain etc. It is fatal if the infection spreads or the appendix ruptures due to the pressure, leaking the contents of the large intestine into the abdomen.

Appendectomy is the only possible treatment for appendicitis. Sometimes it is treated by using antibiotics, however most often appendix is removed by surgery.