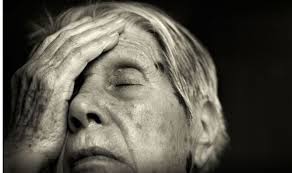 Alzheimer is a progressive neurodegenerative disease and is the most common cause of dementia. The main cause of Alzheimer disease is the gradual accumulation of proteins in the form of structures called as plaques or tangles. Due to this protein accumulation they intervene between the neurons causing loss of connection between the neurons. This leads to death of the nerve cells and eventual loss of brain tissue. Due to this loss the chemicals in the brain which act as messengers level degrade and due to this information doesn’t pass effectively this leads to various symptoms like memory loss etc. Since Alzheimer is a progressive disorder as it progress the symptoms get worse. Read about Alzheimer disease.

Alzheimer is a progressive disorder and therefore the symptoms appear gradually and as the age increases symptoms become more severe. The initial symptom of Alzheimer is memory loss and other symptoms develop as follows:

Alzheimer usually occurs in people whose age is more than 65, but there are cases where it occurred in younger age group people below 65 yrs. Diagnosis is very difficult in Alzheimer, it is usually recognized by its symptoms. Brain scan helps in ruling out other diseases like cancer or other infections. The brain scan of an Alzheimer patient shows the hippocampus and surrounding tissue of the brain shrinkage. They also diagnose by testing their memory skills etc.

Presently there is no cure for Alzheimer. But various therapies and drug use is practiced to control the progress of the disease and to improve various symptoms. Drugs which help in memory improvement, decrease agitation, delusions are used.

Apart from the drug treatment many talking therapies are involved. Allowing the patients to improve their cognitive skills and do their day to day activities like cleaning cooking eating without any helpers. Exercising their brain with small puzzles and reading books also help 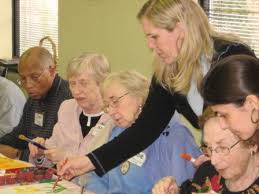 A person with Alzheimer should be treated well with love and dignity. Family care is very important and this helps a lot in the mental stability of the patient. They feel comfortable and secure without falling into depression, frustrations and other mental disorders.