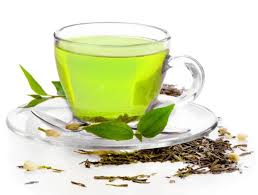 6 Side Effects Of Green Tea You Should Be Aware Of

In a recent times, the benefits this power-drink offers have only been spreading the faster than ever. Its therapeutic effects, particularly some serious disease-curing properties have made green tea a hit amongst the public.

All is well. But there is the darker side to green tea which is hidden to most people. And the purpose of this article is to pull off the mask and exhibit the facts before you. 6 Side Effects Of Green Tea are

The Curious Case Of Caffeine

A steaming hot cup of coffee is the only image that conjures up in anyone’s mind on hearing the word ‘caffeine’. But green tea also has to carry the blame. Its caffeine content might be lower than its counterparts, but too much of green tea consumption (over three to five times a day), can lead to a variety of health ailments. These include insomnia, upset stomach, nausea, diarrhoea and frequent urination in some people.

So the next time you experience any of these symptoms and you happen to be swigging too much of green tea, you know whom to blame.

Not A Good Choice For Pregnant or Lactating Women

For any woman, pregnancy and lactation are sweet yet delicate times. High consumption of green tea during the pregnancy has been linked to an increased risk of miscarriages and the number of other negative effects. Not more than 2 cups of green tea should be consumed during these times. This is one of the most dangerous side effects of green tea as it can be life- threatening. Completely avoiding the green tea would be the best option. For lactating women, the caffeine in green tea can pass into breast milk and affect the nursing infant.

This is nature’s one of the biggest ironies, if you ask me. Green tea has been marketed and used since ages for its anticancer properties. It has been named the ‘Miracle herb’ and has been lauded for its other healing abilities. But on the other hand, the polyphenols in green tea, which are known for their healing properties, were also found to block the anticancer properties of a drug named bortezomib.

Green Tea When Fasting? No Way!

It has been found that green tea, when taken during fasting, leads to toxicity. This also includes gastrointestinal, renal and liver toxicities. Though the tests have been performed only on animals, there is nothing wrong in saying humans would have the same symptoms if they consume green tea while fasting.

There has been a misconception that consuming green tea while fasting would compensate for the nutrition deficiency created by skipping meals. Well, it is indeed a misconception. Hence one should be aware of this common side effect of green tea.

This might sound unbelievable. But it’s true. Too much of green tea consumption might increase the chances of iron deficiency. Green tea contains tannins that block the absorption of iron from food and supplements.

This may not make sense in the beginning. What’s the link between green tea and osteoporosis? This is what it is.

Drinking too much of green tea can increase the amount of calcium that is flushed out in the urine. And we know where deficiency of calcium takes us. It is advisable not to take more than 300 milligrams on any given day. The possible loss of calcium can be compensated by taking calcium supplements.

These were some of the possible green tea side effects. As someone wise once said, everything that glitters is not gold. I don’t mean to say green tea is bad. Of course, when taken in limited and required amounts, green tea is one of the best sources of vitality on the planet.

Unable to digest the fact that green tea has side effects? Take a cup of green tea; it’s good for digestion.