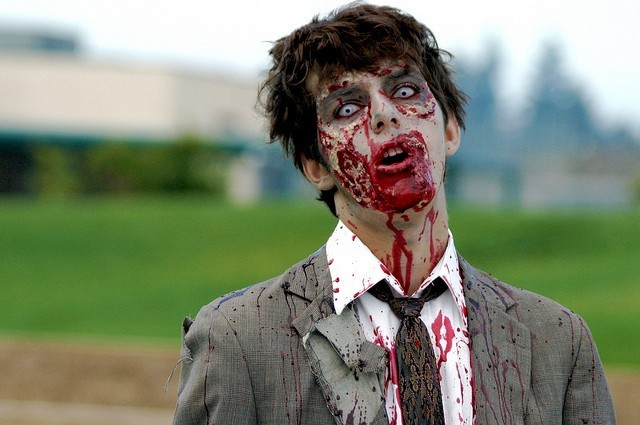 10 weird medical conditions that would shock you

Wouldnot you be shocked to see someone with the hair all over their face or with their teeth like incisors. Well these are not just hypothetical conditions but are real diseases that affect a few unlucky people. Here are ten of those weird diseases chosen randomly or 10 weird medical conditions that would shock you.

Imagine being on verge of an orgasm 24×7. Sounds weird? But it is not for those who suffer from this rare, weird neurological and may be hormonal condition. Persistent Sexual Arousal Syndrome is characterised by inexorable, unrelenting and invasive genital stimulation which has nothing to do with sexual craving. This condition can affect anyone irrespective of the age or gender and is so distressful and embarrassing that people with this condition frequently turn suicidal.

Even though no definite cause has been established so far for this syndrome, scientists believe that the neurological hypersensitivity ultra sensitive nerves in genital area could be the reason. Other theories range from venous congestion of pelvic organs to the disorder in prolactin hormone release after orgasm, to deficiency in oxytocin release from pituitary gland located at base of brain. Watch this shocking video of a woman who has 50 orgasms a day without having sex!

All of us have the certain amount of unwanted hair on the body. But what if people, irrespective of whether they are man, woman or child, sprout thick hair on their face and body? Yes, some people are born with the extra genes on a certain spot of X chromosome that causes the excess hair growth. This syndrome is called Congenital Hypertrichosis1. Plus this condition is almost always conneted with gingival hyperplasia or teeth defects. No wonder the syndrome is nicknamed Human Werewolf Syndrome.

This is the very rare syndrome with only about 50 cases reported worldwide since Middle Ages. The syndrome might have limited medical significance, but it definitely causes the embarrassment that could result in a important emotional load. Treatment such as laser removal of hair is available but the hair usually grows back on the body and face.

When a single wart on exposed part of the body can cause distress, imagine how it would feel to have the entire body covered with warts. It is although true for some people who suffer from the Epidermodysplasia Verruciformis 2, an present at birth skin disorder characterised by outbreaks of wart-like lesions that might occur anywhere on body. One type of lesions are reddish brown and have flaking surfaces and irregular borders; As the second type are seen on sun-exposed skin and are frequently slightly raised, brown coloured lesions similar to the tree bark.

These lesions are caused by the infection with a subtype of human papillomavirus (HPV). In general, this virus does not cause any scratches but in people with Epidermodysplasia Verruciformis, the virus causes these lesions. A major concern for these patients is that the disorder might turn into the skin cancers. There is no known cure for this disorder. It is managed through the medication, surgery and counseling.

Remember the movie The inquisitive Case of Benjamin Button where Brad Pitt played role of Benjamin Button who was born old and gradually grew the younger? That might have been a fabricated story, but there is this extremely rare disorder known as Progeria or Hutchinson-Gilford Progeria Syndrome 3 in which the children begin to look elderly even before they are 2 years old, without disturbance in intellectual development or motor skill development.

Children with this syndrome have characteristic prominent eyes, a thin nose with the beaked tip, thin lips, a small chin, and stick out ears. They start looking like old people as in the hair loss, aging skin, joint abnormalities, and the loss of fat under the skin. They experience harsh hardening of the arteries beginning in childhood that lead to heart attack or stroke at young age. unluckily, this is a life threatening condition.

Oversensitivity to the sunlight, painful skin redness and blisters when exposed to the sunlight, garlic causing agonizing abdominal pain, moving back gums giving the manifestation of tooth – sounds familiar? It is not hard to assume that these are characteristics of leech. These are also symptoms of Porphyria is a group of genetic disorders that result in the buildup of chemicals called porphyrins produced in body because of disruption in the heme production. Heme is an iron-rich component of the hemoglobinthat gives blood its red color.

This set of rare disorders is not curable but it is managed through the regular blood transfusion.

Fibrodysplasia Ossificans Progressiva (FOP)4 is one of the rarest, painful and most immobilize the genetic conditions in which bones form in muscles, tendons, ligaments and other connective tissues. These bones develop across joints thus restricting movement and forming the second skeleton. The body thus looks like a living statue. Unfortunately, there is no effectual treatment for this condition. Injuries and surgeries can further get worse the condition. This genetic disease does not have ethnic, racial, or gender patterns and has been found to have an effect on just one in two million people.

55-year-old Karen Byrne lives in New Jersey. She had the surgery at 27 to control her epilepsy. Since then something bizarre started happening with her. Her left hand, and infrequently her left leg, behaved as if they had the mind of their own. ‘I’d light a cigarette, balance it on an ashtray, and then my left hand would reach forward and stub it out. It would take things out of my handbag and I would not realise so I would walk away. I lost the lot of things before I realised what was going on,’ she said. Not only that, her left hand would slap her suddenly or start unbuttoning her shirt. She suffers from the strange neurological disorder called Alien Hand Syndrome 5. Even though a person with Alien Hand syndrome has full sensation in rogue hand, they are not in control of its movement as though it is not part of their body.

Researchers believe that this is side effect of the brain surgery or an injury to the area of brain which connects the 2 halves of the brain. They found that in patients with this syndrome, the left and right hemisphere of their brains each is competent of its own independent will. In Karen’s case, the right side of her brain refused to be dominated by left and so her left hand seemed to be controlled by ‘alien intelligence’. Earlier there was no cure for this disorder but a study published in the journal Neurologist exposed that botulinum toxin injections might help to minimize this syndrome.

Ever watched an abstinent walk over the red hot coals with a tranquil expression on their face? That could be the trick or faith and scientists have come out with the various explanations for the process. But there is a strange genetic condition where patients do not perceive physical pain in any part of their body even when injured. For example, people with this condition cannot sense when the hot beverage is burning their tongue. This pain insensitivity can lead to wounds and contusions and other health issues going undetected.

Congenital insensitivity to pain 6 is a rare condition that affects the nervous system, which connects the brain and spinal cord to muscles and cells that detect sensations such as touch, smell, and pain. It is believed to be caused due to mutation in the gene that controls these pain sensing neurons.

Imagine emitting a strong fish smell at whatever time you are talking to someone or deeping. The odour is also emitted when sweating or taking the pee. This is a weird disorder called Trimethylaminuria7, also known as fish odor syndrome, which is the rare metabolic disorder that causes a imperfection in normal production of flavin enzyme FMO3. It is again an innate disorder and is more common in women than in men. Well, even scientists donot know why. They suppose that female sex hormones – progesterone and estrogen – can exaggerate symptoms. The condition worsens around teenage years, before and during the menstrual periods, after taking oral contraceptives, and around menopause.

Those with this syndrome are advised against eating foods containing trimethylamine and its precursors, such as, legume and soy products, milk from wheat fed cattle, eggs, liver, kidney, peas, peanut, cabbage family vegetables, and seafood.

Ah, this is the common one you think. Most of the people have some or the other food allergy. You might be allergic to peanuts; you might be allergic to tomatoes, egg plant, shellfish, corn, egg, and so many other foods. But have you heard of the people being allergic to ALL food? Medically termed Eosinophilic esophagitis8, it is a recently recognized allergic/immune condition where inflammation or swelling of the oesophagus occurs and white blood cells called eosinophils (not normally found in oesophagus) appears. Here are some symptoms of allergies.

People with Eosinophilic esophagitis have difficulty swallowing. The esophagus can narrow to the point that food gets stuck. This is called food impaction and is a medical emergency.

Joshua Koscinski, a young boy who lives in New York, suffers from eosonophilic esophagitis. The disorder in his case is so extreme that even the scent of food causes him to be hospitalized. His mother feeds him through a tube directly to his stomach.

If you have noticed, most of these weird conditions are either heredity or they are somehow connected to impaired brain functioning. So, there’s very little one can do to prevent these disorders other than pray that this doesn’t affect them or their loved ones.

You may also like to read more about the most bizarre plastic surgeries ever.