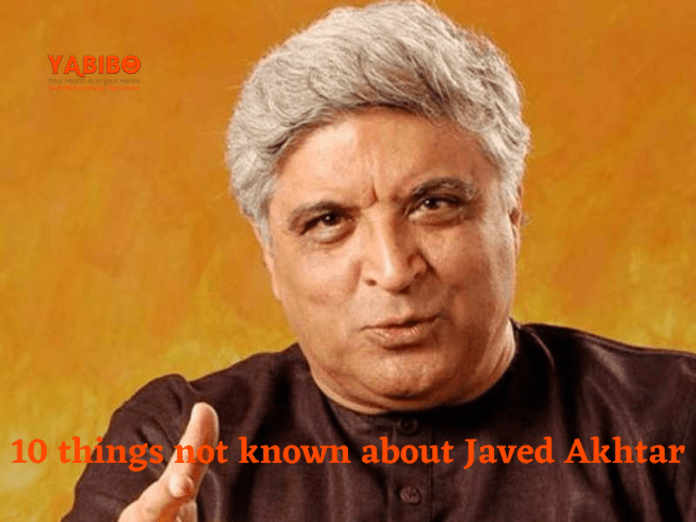 Interesting facts about Javed Akhtar reveal his talent as a lyricist and poet in Bollywood. Javed Akhtar’s son, Farhan Akhtar has much to say about his father’s works, which won him several national awards.

There are interesting facts about Javed Akhtar that people would like to know.

Javed Akhtar son Farhan Akhtar commenting on the occasion of his father’s birthday says “Thoughtful, restless, curious and always searching for what’s beyond the obvious, this is how I’ve always known you to be,”.

Shabana Azmi who was earlier engaged to Benjamin Gilani in the late 1970s, but as the engagement was called off, married Javed Akhtar, a lyricist, poet famous in Bollywood and also a scriptwriter, on 9 December 1984, thus becoming a member of the Akhtar-Azmi film family. This is one of the interesting facts about Javed Akhtar.

Shabana Azmi happens to be an Indian actress of Hindi film, television, and theatre and is a well, acclaimed actresses, Azmi is of course known for her portrayals of distinctive, and quite often unconventional female characters across several genres. She has successfully won a record of five National Film Awards for Best Actress, in addition to five Filmfare Awards as well as several international honors among many other accolades. In 1998, she was much honored by the Government of India with the Padma Shri, the fourth-highest civilian honor of the country, and in 2012, she was also received the Padma Bhushan, the third-highest civilian honor. 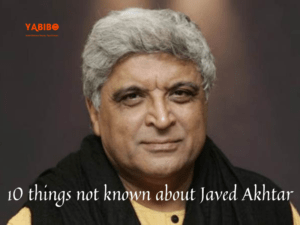 Javed Akhtar has been happily married to Shabana Azmi for more than three-and-a-half decades. He said he has always been drawn to her, even when they were not all that well acquainted.

Javed Akhtar as a popular Indian poet, lyricist, screenwriter and political activist has achieved much fame for his work in Hindi cinema and has won five National Film Awards. He, in fact, received the Padma Shri in 1999 and the Padma Bhushan in 2007, two of India’s highest civilian honors.

1.” If I had worked in a more disciplined way, I’d have done a lot more; that’s a lingering regret,” says Javed Akhtar.

2. Usually the house of Javed Akhtar is spick –and-span as Shabana Azmi his second wife takes good care of it.

3. He is an artist of much pride and even arrogance. He is well versed in using his tools of self-expression at the appropriate time.

4. His lyrics do not get hidden behind esoteric metaphors. His writing is known for its simplicity and lucidity. He in fact is of the level of late and well-known Shailendra. There is in fact no “hidden meaning” in Javed Saab’s poetry. Whatever a person hears is what the person gets. In other words, there is no double meaning involved.

5. Javed Saab’s conversations are considered to be priceless and are of the level of award-winning performances.

6. Javed Akhtar is fearless funny, articulate as well as erudite, and of course intellectually well equipped. He is a very accessible person as well.

7. Focusing on the life of the poet-lyricist-writer-thinker Javed Akhtar, the lyricist says, “There have been bruises and pleasures, achievements and failure, he is modest and life has been kind to him.

8. He ensured that his poetry did communicate well with the common man.

9. Javed Akhtar was of the view that the educational system, the Hindustani and Urdu languages are indeed being marginalized. People are living in an era of a cultural void.

10. Javed did struggle to make his achievements felt across the country and world.

Javed Saab stays young by surrounding himself with young people. He feels they bring a freshness as well as enthusiasm with them and that is much encouragement for him as an artist.