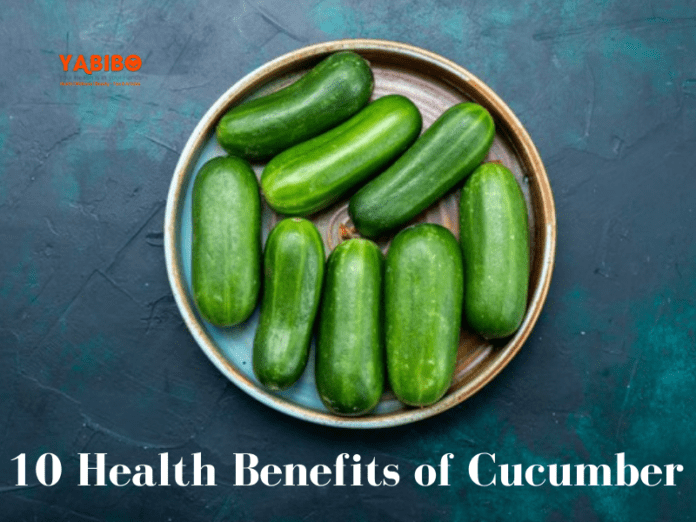 The Health Benefits of cucumber are manifold thus making it a necessary ingredient in one’s daily diet. The benefits of eating cucumber at night are worth keeping in mind like overcoming a hangover the next morning.

People have often heard the phrase, ‘Cool as a cucumber’ implying that a person is in control of his or her heightened emotion in moments of extreme pressure. Keeping this in view, it is known facts that eating cucumber on a summery day will make the person feel cool. The vegetable is also known as kheer or kaki and is a valuable ingredient in one’s diet on account of its health benefits.

There are several health benefits of cucumber

Cucumber does contain 95% water and eating them is a great way to keep oneself hydrated. Not getting enough water can indeed cause several problems as water flushes out all the toxins in one’s body.

2. Can be used to prevent hangovers

If suffering from a hangover on account of drinking too much alcohol and having an early morning headache then eating cucumber helps. Why so? Nutrients such as B Vitamins, sugar, and electrolytes ensure that the consumption of a cucumber before going to bed, then the intensity of the hangover the next morning is much less. This is one of the benefits of eating cucumber at night after enjoying a party involving alcohol.

Cucumbers are indeed very low in calories and do contain high amounts of dietary fiber. This does make cucumber a vegetable that will indeed reduce hunger pangs without adding too many calories.

A cucumber does contain zero cholesterol and if a person is at risk of suffering from heart disease or has had heart-related problems in the past, then it is better to eat a cucumber a day. Additionally, researchers have noticed that a compound called sterols can indeed help reduce cholesterol levels.

It is good to eat cucumbers daily to help prevent several digestive problems such as acidity, constipation, ulcer formation, etc. The reason that the digestive system needs cucumbers is due to their high amounts of water that help flush out the toxins. Also, its, dietary fiber does clear the food stuck in one’s colon and an enzyme called erepsin that helps in the absorption of protein. 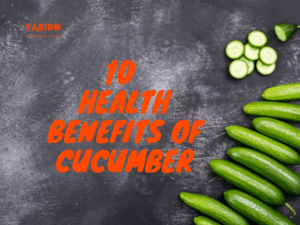 Putting a cucumber on the roof of one’s mouth for a few minutes will indeed help kill bad breath caused by bacteria thus giving a fresher breath. According to Ayurveda, bad breath is due to excess heat in one’s stomach, and eating cucumbers will help release this.

In today’s fast-paced world it is certainly for a person to get stressed. This stress does create hormonal changes that can affect the body in several ways. Cucumbers are extremely rich in B Vitamins which do help regulate the functioning of one’s adrenal glands and counters the harmful effects that stress can have on one’s body.

Cucumbers do contain a group of phytonutrients referred to as lignans which have been associated with a lowered risk of cancer. Cucumbers also contain plenty of antioxidants along with Vitamin C, and this improves immunity and reduces free radical damage which in turn helps prevent cancer.

Extreme dependence of today’s generation on computers and smartphones does often lead to eye strain as well as headache. Keeping a slice of cucumber on the eyes and lying down for several minutes can indeed help reduce eye strain and instantly make a person feel more relaxed.

Alzheimer’s is an extremely scary disease to suffer from as it takes a heavy toll on both the patient and the caregiver. A flavonol called fisetin present in cucumbers des helps prevent progressive memory and learning impairments in mice.

Thus all these health benefits of cucumber do make cucumber a superfood to be included in one’s diet.