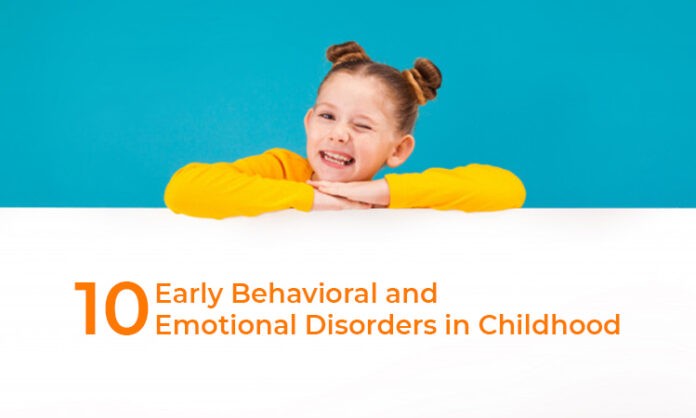 Disorders in childhood are manifold and it is important to deal with medically child personality disorders. Parents need to be aware of types of childhood disorders.

Similar to adults, children are also complicated individuals and do act in unusual ways. If their behavior goes beyond one’s control it is better to seek medical advice. Disorders in Childhood are manifold.

Few of these disorders can be treated with either medications, counseling, or even both. It is better to become aware of these behaviors among children in order for them to make a success of their lives. It is good to be aware of the different types of childhood disorders.

The term “disorder” needs to be carefully for children up to 5-years of age.

Behavioral issues prove the existence of a true disorder. It is not always easy to distinguish between normal behaviors from abnormal behavior during this crucial stage of development.

No doubt, various childhood behavioral issues do carry different signs and symptoms; they can include anger as well as irritability, argumentative behavior, and spitefulness. Children do suffer from various disorders which need to be tackled medically.

ADHD is acknowledged as a mental health disorder, which can lead to “above-normal levels of hyperactive as well as impulsive behaviors.” The patient may face problems of focusing on a single task.

The symptoms of ADHD do include problems concentrating, sitting still, forgetting responsibilities, or interrupting people when they’re talking. There are actually different types of ADHD, depending on the predominant behaviors (inattentiveness, impulsiveness, or both). Child personality disorders cannot be ignored.

ODD happens to be an “exhausting disorder” for the family members due to its uncontrollable behavior. ODD is indeed a learned behavior (from home environment and inherited factors).It can be rather unlearned.

There is no specific medications for ODD, yet there are few mental health aspects that do exist alongside ODD (for example, ADHD and ODD often co-exist), which can indeed be treated with medications. The disorder can be improved upon by a strict and consistent routine.

Children with ASD do display noticeable symptoms early on (in the first 2-years of life). ASD does affect the mind’s ability to process information, but it is yet to be fully understood. Disorders in Childhood do include this as well.

Children who suffer from autism may not be able to recognize other people’s emotions, be non-verbal, or even repeat phrases. The source says the signs do develop slowly, but some autistic children build up more normally and then revert. Loneliness as well as social isolation can be unwanted features of autism.

Anxiety is considered to be a grown-up problem, but affects anyone at any age. It is a common disorder.

While it is normal to feel anxious before performing or being in an unfamiliar situation, those with an anxiety disorder can experience it often, even when they happen to be in familiar surroundings. There are different sorts of anxiety disorders, but those common in children do include obsessive-compulsive disorder (OCD), phobias (including social phobia), post-traumatic stress disorder (PTSD), and others.

It is indeed difficult to believe that a child can be depressed, but childhood depression is in fact very real. Some children tend to suffer from episodes of sadness.

Depression in children does affect their performance in school, social connections, and family life. Often childhood depression goes unnoticed as it is mistaken for normal emotional behavior associated with development.

This can also be difficult to diagnose in younger patients as it can be misunderstood with ADHD. It is often marked by extreme mood changes. The child can appear to be very happy for a period of time; referred to as a manic episode, and then their mood can shift to depression.

A language disorder can be troublesome as it is causes difficulty in expressing what the child wants to convey.

This disorder representing behavioral and emotional problems in a child begins in childhood. Such children are difficult to cope up with as they can be very impulsive and do not have any consideration of their behavior on others.