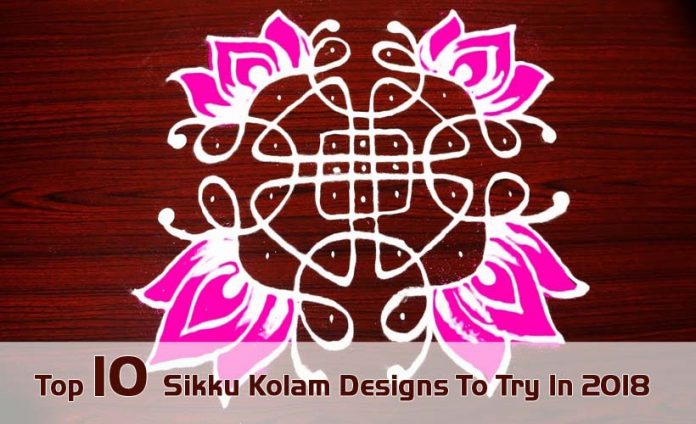 Sikku kolams are quite popular forms of kolam. These kolams, popularly known as rangolis with dots, are very diverse in their format. Sikku kolam is also a form of Rangoli that is based on the dot grid technique. However, this technique depicts curved lines joining or circling the dots on the kolam grid. The main feature of sikku kolam designs is that the viewer cannot determine the origin and the end point of the kolam design. It appears as if the pattern continues in an infinity loop pattern. Thus, it is quite a difficult form of kolam. The designs are usually done using powdered rice or colored powder, using the hands. The grid of dots plays an important part in creating this symmetrical Rangoli design.

Sikku kolam designs or Rangolis with dots for to try in 2018:

One can try out these kolam designs this coming festive season.