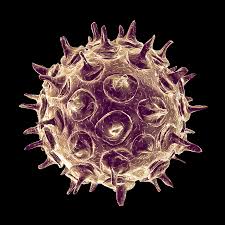 Chicken pox is a highly contagious skin infection. It is caused due to virus called varicella-zoster of the herpes family virus

It mostly infects young children under 12, it may also infect to adults who has not exposed or vaccinated to the virus. It is quite common in every individual that once they are infected with chicken pox virus.

A person with chickenpox becomes contagious 1 to 2 days before their blisters appear. They remain contagious until all the blisters have dried.

The disease is usually mild, although serious complications sometimes occur. Adults and older children usually get sicker than younger children.

Severe chickenpox symptoms are more common in children whose immune system does not work well because of an illness or medicines such as chemotherapy and steroids.

Most children with chickenpox have the following symptoms before the rash appears: 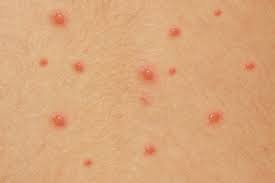 Exams and Tests for Chicken Pox

Diagnosed usually  by looking at the rash and asking questions about the person’s medical history. Small blisters on the scalp usually confirm the diagnosis.

Rarely, serious infections such as encephalitis have occurred. Other complications may include:

Because chickenpox is airborne and very contagious before the rash even appears, it is difficult to avoid.

A vaccine to prevent chickenpox is part of a child’s routine immunization schedule. The vaccine usually prevents the chickenpox disease completely or makes the illness very mild.

Talk to your doctor if you think your child might be at high risk for complications and might have been exposed. Immediate preventive measures may be important. Giving the vaccine early after exposure may still reduce the severity of the disease.

The above are the details about Chicken Pox Infection and Treatment