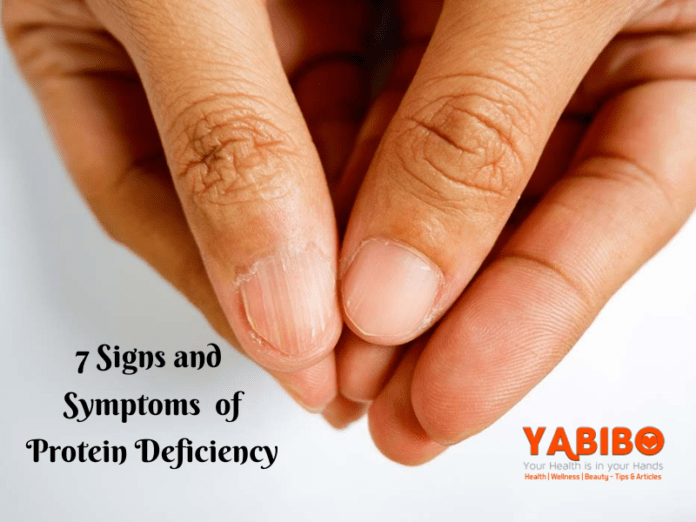 Proteins are important nutrients as they help in building muscles, skin, enzymes, and hormones, and also play an essential role in all body tissues. Symptoms of Protein Deficiency are manifold.

Most foods contain some protein. As a result, true protein deficiency is rare in developed countries. Yet, some people may still be at risk.

Deficiency does lead to several health issues, while low protein intake may also be a concern, as it can indeed lead to subtle changes in one’s body over a period of time.

What Is Protein Deficiency?

World over particularly in developing and underdeveloped countries people do suffer from protein deficiency as they cannot afford nutritious food.

Certain people in developed countries also do face such risk. This is so in the case of people who have an imbalanced diet, as well as institutionalized older people and also hospitalized patients. Of course, true protein deficiency is uncommon in the Western world, some people get very low amounts from their diet.

Too little protein may indeed cause changes in one’s body composition that does develop over a long period of time, such as muscle wasting.

The most severe form of protein deficiency is referred to as kwashiorkor. It most often occurs in children in developing countries where famine as well as imbalanced diets are rather common.

Protein deficiency can of course affect almost all aspects of one’s body function.

Edema, characterized by swollen and puffy skin, is a symptom of kwashiorkor. Doctors do carry out protein deficiency test.

It is supposed to be due to low amounts of human serum albumin. O account of low human serum albumin levels, severe protein deficiency leads to lower oncotic pressure. This results in fluid accumulation in tissues, thus causing swelling.

Protein deficiency can also cause fluid buildup inside the abdominal cavity. A bloated belly is indeed a characteristic sign of kwashiorkor.

Another common symptom of kwashiorkor is a fatty liver or fat accumulation in liver cells. If it is not treated, the condition may develop into fatty liver disease, thus causing inflammation, liver scarring, and potentially liver failure.

Fatty liver happens to be a common condition in obese people, as well as those who consume a lot of alcohol.

Protein deficiency does often leave its mark on the skin, hair as well as nails, which are largely made of protein.

Kwashiorkor in children is distinguished by flaky or splitting skin, redness, and patches of de-pigmented skin. It leads to thinning, faded hair color, hair loss (alopecia), and brittle nails. These are health problems of severe protein deficiency.

Muscles are the largest reservoir of protein in one’s body. When dietary protein is in short supply, the body does tend to take protein from skeletal muscles to preserve more important tissues and body functions. As a result, the lack of protein leads to muscle wasting over time.

Even moderate protein insufficiency may cause muscle wasting, especially in elderly people.

Muscles, as well as bones, get affected due to low protein levels. Low consumption of protein weakens the bones and increases the risk of fractures. Studies have shown that postmenopausal women found that a higher protein intake was associated with a lower risk of hip fractures. Animal-source protein has a lot of health benefits.

Protein is essential for body growth. Its deficiency or insufficiency is harmful to children as their growing bodies need protein. Stunted growth is due to childhood malnutrition. 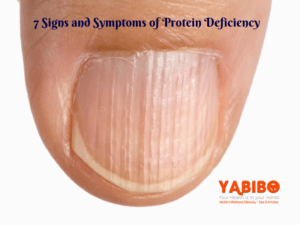 A protein deficit can damage the immune system.

Impaired immune function can cause infections, which is a common symptom of severe protein deficiency.