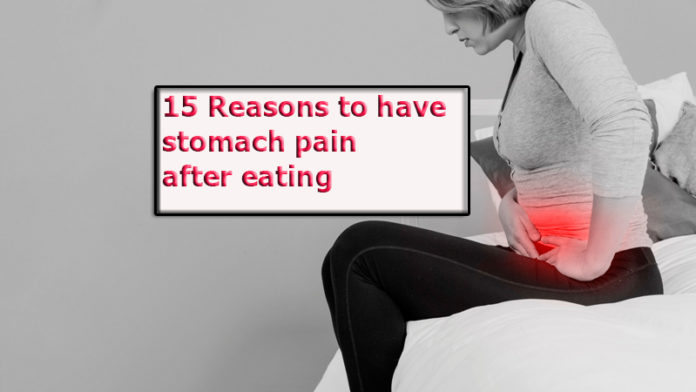 Stomach pain causes much discomfort and various reasons lead to it. Overeating, constipation, hot and spicy foods are some of the causes for it.

It is terrible to have a stomach ache after a sumptuous meal. Stomach pain after eating, stomach pain can cause much discomfort.
There are several causes for stomach pains after eating, and many of them require a simple solution only. On needs to know the underlying cause for it in order to take necessary steps to reduce the pain and enjoy your meals once again.

Sometimes stomach pain after eating is simply on account of overeating. One needs to say no or else one ends up eating too much like at a buffet. People usually go in for second serving. The tendency to overeat makes the stomach take longer to break down the food. It is better to eat sensibly.

Bodies often do not have the enzymes to break down certain enzymes present in food – for instance, lactose in dairy products is a common one – such intolerance can lead to symptoms such as stomach pain, accompanied by bloating, gas, constipation, or diarrhea.
Similar to intolerances, food allergies can also cause stomach pains after eating. Common food allergies happen to be dairy, starches, spices, and grains.

Celiac disease is gluten intolerance, so the stomach pain after eating may indeed occur when one consumes a meal that contains gluten. It is better to document the meals or trying to eliminate diet.

Eating something contaminated also causes stomach pains, but bloating, diarrhea, vomiting, and even a fever can also follow. Food poisoning happens to be temporary, and it is better to run its course. It is better to drink plenty of fluids in order to prevent dehydration. Here you can see 5 Foods To Treat Acidity And Stomach Pain.

A peptic ulcer does occur when bacteria eat through the stomach lining. The condition can be treated with antibiotics.

Bile is released after eating in order to aid digestion, but if gallstones are preventing bile from being released, it is possible to experience stomach pains after eating. The pain would be situated on the right side of one’s back.

This happens when cholesterol blocks a blood vessel that does interrupt the digestive process, resulting in stomach pains after eating. If left untreated, this condition can indeed be life-threatening. It is necessary to have one’s cholesterol checked regularly. Necessary steps need to be taken to lower cholesterol levels.

If a part of the intestine that gets blocked as it can prevent food from passing, causing pain after eating. The pain can indeed linger for hours after the meal has been consumed. It is important the obstruction cleared to prevent complications. Stomach pain after eating, stomach pain caused by intestinal obstruction requires medical attention. 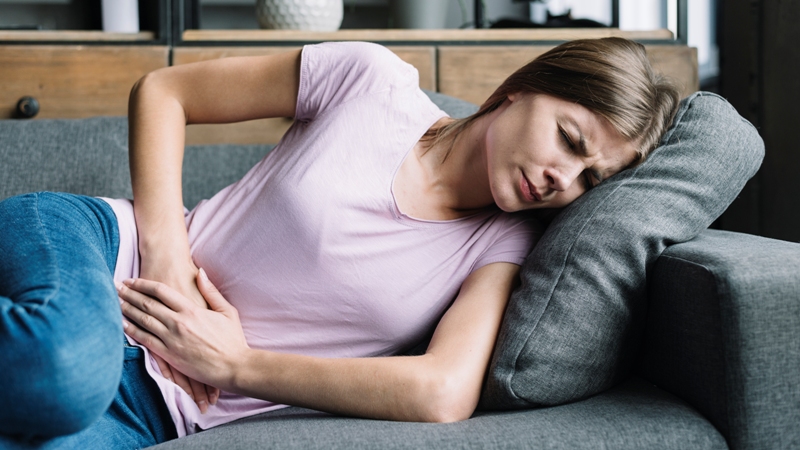 Stomach pain due to appendicitis is felt in the lower right side of one’s abdomen. This pain worsens after eating and can also be accompanied by mild fever and vomiting.

Symptoms of irritable bowel syndrome do include stomach pains after eating, bloating, gas, diarrhea, and constipation.
In case pain occurs after a large meal and lasts for six hours or more, it could indicate pancreatitis. Pain will begin in the upper left side of the abdomen and can spread to the back.

This is indeed the formation of cysts or pouches along the bowel wall, which become infected. Severe cramping does occur after a meal, and medical intervention is required immediately.

Like food poisoning, these conditions must run their course and are caused by eating contaminated food or beverages.

One’s stomach may hurt after a meal as the food and waste is not being released.

PID is caused due to infection that affects any of the organs in the reproductive system, including the ovaries, uterus, or fallopian tubes. This inflammation is indeed caused by a bacterial infection, which is usually acquired through sexual intercourse.