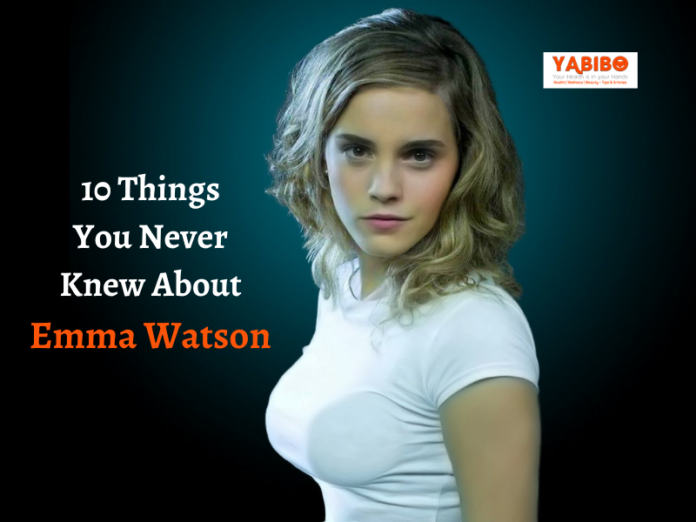 Although she has a British accent, Watson was born in Paris and lived there until she was five. Her parents happen to be both lawyers, divorced, and later she stayed with her mother to live in Oxford. She visited her father in London on weekends. In interviews, the actress has often said she speaks a little bit of French, but she does want to fluent in the language.

2. She starred in a Nestle commercial

Emma Watson has been in the advertising world via her appearance in a Lancome advertisement, which promoted the perfume ‘Tresor Midnight Rose.’ In 2001, young Emma Watson was seen in a Nestle’s Cheerios cereal advertisement and that led to her breakthrough acting role in Harry Potter and The Philosophers Stone.

3. She dated a rugby player

Watson was secretly dating Oxford Rugby player Matthew Janney in 2014. The relationship was rather for a short period only due to clash of schedules of their work which gave no time for each other. She has since then been romantically linked to Prince Harry and is presently in a relationship with American tech entrepreneur William Knight as of 2015.

4. Her net worth is higher than some of her former co-stars

Emma Watson, like Hermione, happens to be studious and academically a high achiever. Emma Watson’s age did not deter her from achieving much as an actress.

She presently busy with a lot of singing performances in her up–and–coming film Beauty and The Beast. She did mention that she was scared of signing for the film initially, as she had a lot of singing to do. 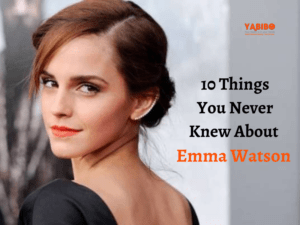 Emma Watson is a feminist and has been crowned as UN Women Good Will Ambassador where she started her ‘He for She’ campaign to focus on gender inequality. It is understood, Watson would like to take a year’s hiatus to devote more time to such activity.

8. Her audition for Harry Potter was grueling

At the age of nine, young Emma Watson auditioned for Harry Potter, and of course, went through a grueling hearing process before getting Hermione‘s part. Before securing the part, Watson had to audition about eight times. She was considered to be the best choice among all.

9. She graduated from Brown University

Filming for Harry Potter did lead to disruptions in Watson‘s education, but she completed her study in English Literature at Brown University and even spent one year studying at Oxford University.

Emma Watson studied English literature at Brown University and she loves reading books. Her favorite titles do include, Patti Smith’s Just Friends, John Green’s The Fault In Our Stars, and Stephanie Meyers’ The Twilight Saga.

Also Read about, 25 things you didn’t know about Natalie Dormer!

Thus Emma Watson has had a fruitful career and an interesting life too! She attained much distinction in her career and being a lover of books she read a lot. Emma Watson’s net worth has shown her talent as an actress, that she can give spectacular performances.