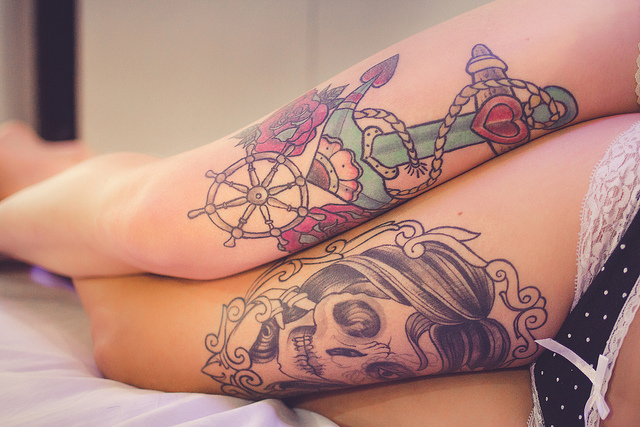 Well, we love to follow trends but what if some of them are dangerous? Are the tattoos dangerous? Some believe that there are health risks whereas, some argue that tattoos are not so dangerous.

On other side, the technology used to create the tattoos is developing. That is why some would dispute that it is not really dangerous when few say that it can cause harm.

If you are really longing to have the tattoo designed on the body, then it is better to first know more about possible Dangerous side effects of tattoos.

A tattoo is nothing but the design that is imprinted on the skin. A needle pierces slightly on the outermost layer of the skin and inserts the ink drops to create the design.

Small tattoo machines are used to terminate the process. These machines come with needles that work on the skin. The ink used stays permanently on the skin. In some cases, bleeding might occur.

As tattoos involve shooting the skin, pain and skin infection are likely to occur. That is why the chances of suffering from side effects of tattoo ink poisoning cannot be ruled out.

When the skin reacts to the ink used in the tattoo, certain skin allergies might occur. When the skin is exposed to the sun, the tattoo inks may start irritating your skin.

If needles are reused, they may cause an infection like HIV and hepatitis. It is highly recommended to avoid places where they don’t follow hygienic standards.

What if the ink used in your tattoo is totally contaminated? Well, that leads to several types of skin infections especially if bacteria is present in the ink. Pain and redness are some common symptoms.

In some people, the skin forms bump just around the tattoo design. This is a way in which the skin reacts to the tattoo.

If the ink used in the tattoo is not tolerable to your skin, it may react by forming bumps or scar tissues.

During the tattooing process, if your blood vessels are injured, you may suffer bruises on your skin.

Yes, this is one of the side effects of tattoos. The possibility of tetanus infection can’t be totally ruled out after the procedure.

As some tattoo inks contain chemicals, they pose several problems in the future when you go for medical examinations or MRI scans. The ink in the tattoo may react to the temperature and may cause swelling on your skin.

Some skin allergies may raise their head very late. They may show up maybe after a few years of your tattooing which makes you unaware of the reason behind the allergy.